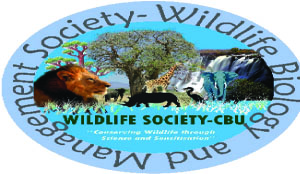 LITTLE are times when we think of saving when using natural resources, we rarely think of the consequences of over using these resources.

Let us remember that what we do today will affect us tomorrow either positively or negatively, therefore, shall stop over exploiting our natural resources.

Overexploitation, also called overharvesting, refers to harvesting a renewable resource to the point of diminishing returns. Sustained overexploitation can lead to the destruction of the resource.

In ecology, overexploitation describes one of the five main activities threatening global biodiversity.

Ecologists use the term to describe populations that are harvested at a rate that is unsustainable e.g Zambian forests, given their natural rates of mortality and capacities for reproduction.

This can result in extinction at the population level and even extinction of whole species.

In conservation biology the term is usually used in the context of human economic activity that involves the taking of biological resources, or organisms, in larger numbers than their populations can withstand.

The term is also used and defined somewhat differently in fisheries, hydrology and natural resource management.

Another non-renewable resource that is exploited by humans are Subsoil minerals such as precious metals that are mainly used in the production of industrial commodities.

This is being done by a lot of Zambian mushrooming mines that are being opened at an alarming rate.

As the world population rises and economic growth occurs, the depletion of natural resources influenced by the unsustainable extraction of raw materials becomes an increasing concern.

Over-exploitation in some cases lead to exhaustion, particularly by excessive forestry, fishing and hunting.

This over-exploitation may be explained in part by human overpopulation in some areas of the planet especially in Africa-Zambia, ever-increasing world demand for these resources and the development of international trade.

For instance, Industrial-scale logging, for wood products and timber, destroys or fragments millions of acres of forests each year, along with the habitat (home) they provide to many uniquely adapted species of animals.

Over-harvesting of fisheries has driven several fish species to the brink of extinction and reduced the overall diversity of marine life. Over-hunting and illegal trade in endangered species are a prime threat to their survival.

Deforestation is conquering the human race and destroying the environment in many ways because there is no total control.

The vice is influenced by social and economic factors which include poverty. Deforestation is bad because it is depriving human beings of oxygen and food.

The environment, the world over, can handle one tree being cut down because one tree is nothing when you look at the whole scheme.

But when you talk about cutting down dozens of square miles of trees, imagine holding your breath for 10 minutes.

Nobody can hold their breath for 10 minutes but that is the approximate amount of oxygen that is deprived of each person when humans cut down about 40 square miles of trees which isn’t a lot.

When one tree is cut down, humans prevent more oxygen from being put into the atmosphere. That means more carbon dioxide.

This causes what is called a chain effect. Carbon dioxide raises the average global temperature. In Zambia, deforestation has affected production of mushrooms, caterpillars and other wild fruits for human beings and animals.

Serenje and Mkushi districts are well-known for abundant mushrooms in different forms and sizes and caterpillars which have reduced due to indiscriminate cutting down of trees.

The forestry under which have been heavily depleted include Kanona, Chitambo, Munte, Musola, and Musangashi.

It is against this backdrop that Central and Copperbelt Provinces Administration have embarked on a tree-planting exercise, the national programs which was recently launched by President Michael Sata.

It has been observed that the level of deforestation in Serenje was alarming and there is need to halt the indiscriminate cutting of trees which had become the order of the day.

Environmental activists are saying that Serenje which has a forest hectarage of 29,840 is slowly becoming a desert as a result of cutting down of trees for charcoal burning.

The eco-system is gradually getting affected because of deforestation.

The continued reduction in mushroom and fruit harvests would affect the economy of these areas because household heavily depended on the wild food.

Going by the rate at which cutting of trees is moving at, the social and economic set up will be affected.

Some people may ask why resources are under pressure

• Increase in the sophistication of technology enabling natural resources to be extracted quickly and efficiently. E.g., in the past, it could take long hours just to cut down one tree only using saws.

Due to increased technology, rates of deforestation have greatly increased

• A rapid increase in population that is now decreasing. The current number of about 13 million humans consumes many natural resources.

• Cultures of consumerism. Materialistic views lead to the mining of gold and diamonds to produce jewelry, unnecessary commodities for human life or advancement.

Below are some examples of effects on local communities:

Water resources, such as lakes and aquifers, are usually renewable resources which naturally recharge (the term fossil water is sometimes used to describe aquifers which don’t recharge).

An aquifer which has been overexploited is said to be over drafted or depleted. Forests enhance the recharge of aquifers in some locales, although generally forests are a major source of aquifer depletion.

Depleted aquifers can become polluted with contaminants such as nitrates, or permanently damaged through subsidence or through saline intrusion from the ocean.

This turns much of the world’s underground water and lakes into finite resources with peak usage debates similar to oil.

Forests are overexploited when they are logged at a rate faster than reforestation takes place.

Reforestation competes with other land uses such as food production, livestock grazing, and living space for further economic growth.

Historically utilisation of forest products, including timber and fuel wood, have played a key role in human societies, comparable to the roles of water and cultivable land.

Short-term economic gains made by conversion of forest to agriculture, or overexploitation of wood products, typically leads to loss of long-term income and long term biological productivity.

West Africa, Madagascar, Southeast Asia and many other regions have experienced lower revenue because of overexploitation and the consequent declining timber harvests.

Many coral reefs are overexploited; threats include coral mining, cyanide and blast fishing, and overfishing in general.

Overexploitation is one of the main activities threatening global biodiversity.

One of the key health issues associated with biodiversity is drug discovery and the availability of medicinal resources.

A significant proportion of drugs are natural products derived, directly or indirectly, from biological sources.

Marine ecosystems are of particular interest in this regard.

However unregulated and inappropriate bioprospecting could potentially lead to overexploitation, ecosystem degradation and loss of biodiversity, as well as impact on the rights of the communities and states from which the resources are taken.

It is not just humans that overexploit their resources. Overgrazing can occur naturally, caused by native fauna, as shown in the upper right.

Overexploitation threatens one-third of endangered vertebrates, as well as other groups.

Excluding edible fish, the illegal trade in wildlife is valued at $10 billion per year. Industries responsible for this include the trade in bush meat, the trade in Chinese medicine, and the fur trade.

No wonder the Convention for International Trade in Endangered Species of Wild Fauna and Flora, or CITES was set up in order to control and regulate the trade in endangered animals.

It currently protects, to a varying degree, some 33,000 species of animals and plants.

Overexploitation of these resources for protracted periods can deplete natural stocks to the point where they are unable to recover within a short time frame.

For example the Carolina parakeet has been hunted to extinction.

Overall, about 50 bird species that have become extinct since 1500 (approximately 40% of the total) have been subject to overexploitation.

Therefore, Overexploitation can lead to resource destruction, including extinctions. However, overexploitation is not an activity limited to humans but introduced predators and herbivores, for example, can also overexploit native flora and fauna.

Hence think to save when eating or using natural resources.

Share with us your experiences, comments and recommendations. Send emails to wildlifemgtsociety@gmail.com