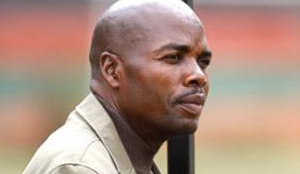 The winner will be announced during an awards gala on February 12 at Moba Hotel in Kitwe.

“My nomination means that people are recognising my work. There are a lot of coaches in the country, so if you are nominated for the award like this, it means you are doing good work.

If I don’t win I have to put in extra work to win next time, if I win, it is a plus and motivation, it’s an addition to my CV,” said Simukonda, who guided Rangers to third place finish last season.

And Nkana defender Billy Mwanza is humbled to have received his first FAZ awards nomination.

The Nkana defender has made the final three-man shortlist for the 2013 MTN/FAZ most disciplined player award.

“Firstly I want to appreciate God because with Him everything is possible and you know I only had one yellow card last season,” Mwanza said.