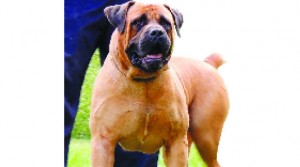 TWO vicious dogs that mauled a seven-year-old girl of Ndola’s Pamodzi Overspill area have been killed by the Veterinary Department after they were declared a danger to human life.

Twiggy Buchisa who was last Sunday morning attacked and killed by dogs at her residence was put to rest on Tuesday at Kawama cemetery.

Dr Mutemwa said the veterinary office had removed the brains of the dogs and would take the specimens to Lusaka for rabies tests.

“The veterinary officers have killed the dogs that attacked the girl. Initially when a dog kills a person they stop being a pet but a danger to human life. The veterinary office kills such dogs. We will be sending the specimen to Lusaka to test for rabies though the history does not show that the dogs have any disease,” he said.

He said when dogs kill a person they were not supposed to be taken as pets but should be considered as a danger to human life and should be killed.

Dr Mutemwa said sometimes dogs behaved in a strange way and when provoked they could even kill their owners.

He urged members of the public to take care of their pets in a manner that they did not become a danger to human life.