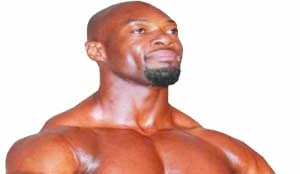 Mwila was slapped with a two-year ban for calling the K5,000 prize money, ZBBFF awarded him for winning the 2013 Mr Zambia title trash and also for accusing the federation of lacking seriousness in the manner it was running the sport.

ZBBFF president Danny Mkandawire said in an interview yesterday that the federation will also handle other pending disciplinary cases before it.

Mkandawire said all the members who had disciplinary issues with the federation will be accorded fair hearing, adding that the committee will also take into account a letter of apology that Mwila wrote to the executive committee concerning his conduct.

“The federation has set March 2 as a date for the disciplinary committee to hear and dispose of pending disciplinary cases that also include Mwila’s issue. The committee thought it wise that the cases should be determined quickly to allow for the smooth running of the affairs of the federation,” he said.

Mkandawire said the federation’s target for 2014 was to build on the various successes recorded in the past year and called on ZBBFF affiliates to work closely work with the federation in order to foster development of the sport.