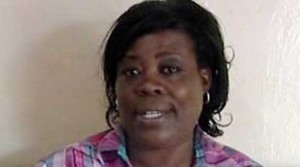 The Patriotic Front (PF) elections chairperson Jean Kapata is a woman of her word, quite unlike some opposition UPND leaders who participated in the National Constitution Conference (NCC) set up by late President Levy Mwanawasa.
The UPND leaders now seem not to stick to the prior constitutional requirement of the Grade 12 certificate qualification for anyone aspiring for elective political office which was initially thought to have been targeted at late PF president Michael Sata.
As such, I believe Ms Kapata is right and it is unfair for the UPND leaders who participated in the NCC to blame the PF for their apparent political mistake, if any.
The opposition UPND should just back off from the blame game on this constitutional clause because they were party to the group that crafted it.
Besides, it is worth noting that the Grade 12 qualification requirement deserves a token of appreciation for its educational value.
Let me explain why: the constitutional clause will benefit a wide number of political leaders academically.
Political leaders will now be compelled to improve their academic qualifications through either distance learning or attendance of evening classes. Ultimately, they will be able to speak better English and write grammatically correct English while articulating issues affecting their respective communities.
The Grade 12 requirement is a tool for academic improvement for all.
We may have other socio-economic problems to tackle as a developing country, but I think the Grade 12 clause deserves to be commended.