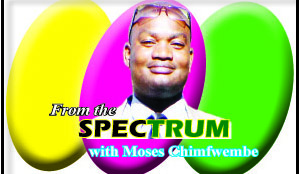 BEFORE I set the tone for this week’s article, I would like to congratulate the newly elected Football Association of Zambia (FAZ) president Andrew Kamanga and other entrants into the executive committee for winning the confidence of the councillors to oversee the affairs of the game for the next four years.
Indeed, it was a rough road to the elective annual general meeting (AGM) at Moba Hotel in Kitwe last weekend but the power of football reigned supreme and those ushered in office, deserved so.
For now, I can only wish the new look executive committee to keep their eyes on the ball, restore sanity at Football House and unite the stakeholders as the game is above soccer politics.
Coming back to the subject under scrutiny, a continuation from where I left off last week (coaches must set targets), I am tempted to believe that the 2016 football season promises sparks.
This is so because of the impressive pronouncements coming from technocrats themselves (coaches), who in this case understand perfectly well, just what it takes to win games or suffer defeats.
What makes this subject even more interesting is the fact that coaches are fervent to get the best out of their players, mount a strong challenge for honours and showcase some good football this time around, unlike last year which saw Zesco United confirmed champions with two games to spare.
From an enthusiastic fan’s perspective, one would like to get value for their money by witnessing a competitive and entertaining campaign with all teams seemingly eager to produce the best.
As the soccer thrills unfold with the second round of matches, Nkwazi mentor Elijah Chikwanda has his eyes set on the league title despite the ‘Policemen’ getting off to a staggering start with a loss to Nkana.
“We just have to compete for the title this season and also play the Barclays Cup final this time around as we were so close to winning it last season,” Chikwanda said.
With such a promising statement coming from a coach, who is yearning for nothing else but to see the Edwin Imboela outfit win trophies, it wouldn’t be wrong to state that time is ripe for the ‘high flying’ Nkwazi to be crowned champions of Zambia this year.
It is impressive to see Red Arrows, one of the old timers in the domestic league finally wake up from their slumber and aim high, having experienced hurly-burly displays in the past couple of seasons.
Matthews Phiri is at the helm of Arrows and his promise is, “the 2016 season will be memorable for both players and fans as the club is to introduce to the turf, a totally re-branded Arrows with a well-motivated, disciplined and mentally mature team.”
Yes! Bring back that sharp arrow which used to pierce through the opponents and always sent Nkoloma stadium rocking into wild celebrations each time the Zambia Air Force (ZAF) sponsored team produced goodies. It is the Arrow we want to see this year.
If really the air of hopefulness is spinning around Arthur Davies Stadium in Kitwe, then Power Dynamos must offer a little more than they have in the past few seasons.
Power should hold firm and never let the precious title slip off their fingers as it has been a trend every season. To coach Tenant Chilumba, now is the time to actualise the usual desires of being champions and rightfully earn the right of being referred to as Kitwe giants.
Let me sign out for now by wishing the Chipolopolo all the best as they take on Congo Brazzaville in the Gabon 2017 Africa Cup of Nations (AFCON) qualifier in that country.
Look out for another exciting episode next week as I continue to bring to the fore what our coaches are aiming for this year.
For comments: moseschimfwembe@gmail.com