Is it safe to share private pictures on social media?
Published On March 26, 2016 » 2292 Views» By Hildah Lumba » Features
0 stars
Register to vote! 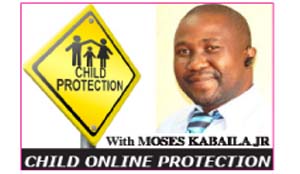 THIS week I want to share a girl’s letter to the editor where she asks if it is fine to share pictures with her boyfriend via social media; well not the kind of pictures one would just send anyhow, but private pictures.
The following is the letter and the answers provided by the Kidshealth editor.

My boyfriend wants me to send him naked pictures. What do I do?
– Em*

Well done for asking yourself this question. It shows good judgment to stop and think about the possible downsides of a situation.
In fact, you’re probably asking because your gut is telling you it’s not a good idea. Trust your instincts.
Sharing pictures may seem private. But in reality, nothing digital is ever 100% guaranteed private.
Once a picture’s out there, you can’t take it back. And you can’t control where it ends up.
The best way to avoid any problems is not to take the picture in the first place.
It’s natural to want to make your boyfriend happy, so it may seem hard to say no to a request like this.
But here’s the thing: If your boyfriend is a good guy, he’ll have more respect for you when you stay true to your values.
Saying no is a chance to help your relationship grow by letting your boyfriend know more about what you believe and stand for.
You can let your boyfriend down without making him feel like a creep for asking.
Just make it about you. For example, here are some ideas on what you might say:
• “I don’t feel comfortable with that. I know you won’t share my pictures, but I once forwarded a message to the wrong person by mistake and I felt terrible afterward. I don’t want there to be any chance of that.”
• “I don’t feel comfortable with that. What if your mom/dad/little brother/school principal got hold of your phone and saw it? What if MY mom or dad saw it?”
• “Photos can be so cold and impersonal. They just don’t have the same meaning as being together. What I’d really like is to share pictures like the ones of the bike ride we took last week. Then we don’t have to worry about other people seeing them. And it reminds me how great it feels to be with you and how much fun we have together.”
This whole situation may scream “AWKWARD!” But it’s a good way to learn about your relationship.
For starters, you’ll get clues into your boyfriend’s personality.
If he understands and accepts that you don’t want to send naked pictures, it’s a sign he respects and cares for you.
But if he still tries to get photos from you (like if he says “don’t worry, I’ll delete them right away!”), it’s a red flag: If he cares for you, why put you in a situation that upsets you or makes you uncomfortable?
The situation also gives you clues about yourself. If you worry about saying no, is it a self-esteem issue?
Or is it because your BF is more controlling about the relationship? Where’s the real pressure coming from?
Is your boyfriend pressuring you or are you pressuring yourself in an attempt to make him happy?
So why do people send sexy pictures? Some people mistake it for a way to feel closer. But it’s actually a false sense of closeness.
Photos can’t replace being together and talking about the things you both consider private and personal.
Sharing like this helps your bond grow stronger because you see the other person’s reaction and pick up on his feelings. That doesn’t happen when you hit “send” on a photograph.
So let your instincts guide you, and take pride in the fact that you know yourself!
For comments: moseskabaila@gmail.com or 0950636454