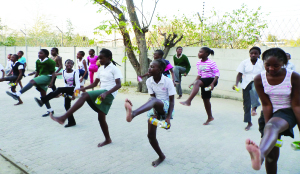 •Young people today are more clean-living than any generation since before the 1960s. What’s driving the rise of the new young fogey, ask Jason Cowley and Tim Wigmore.

“All I need are cigarettes and alcohol,” Oasis sang in 1994. The ethos of the pleasure-seeking Gallagher brothers was in keeping with the spirit of the age. But that was during a period of plenty. The global financial crisis and the Great Recession have had lasting effects – austerity, stagnant wages, job insecurity.
The millennial generation has been disproportionately affected.
“The youngest adults were the most hard hit on average by the recession,” says Robert Joyce, associate director at the Institute for Fiscal Studies.
“From peak to trough, once the recession hit, the earnings in inflation-adjusted terms to young adults fell by more than 10 per cent, so that’s a really big change over a short period of time.”
Every generation has enjoyed bemoaning the excesses and irresponsibility of the young.
But for today’s late adolescents and twenty-somethings, hedonism has given way to hard work – wherever you look, Britain’s young people are breaking records for good behaviour and social restraint. You could even call them the best-behaved generation since the rebellions of the 1960s.
The data is striking. In Great Britain:
•    Those aged under 25 are a third more likely to be teetotal now than in 2005
•    A quarter of young people do not drink at all
•    Illegal drug use among the under-25s has also fallen by more than a quarter since 2004
•    The number of nightclubs has almost halved since 2005
•    Teenage pregnancy is at its lowest since records began in England and Wales in 1969
•    The number of crimes committed by under-18s in England and Wales has fallen by 70 per cent since 2005, to a new record low, according to the Office of National Statistics
The image of the young as a generation personified by their drunken escapades in Magaluf is in need of revisiting. Think of them, instead, as the new young fogeys.
Partly this is about money – today’s millennial generation has much less of it. Between 2003 and 2015, the median annual salaries of those aged 18-21 and 22-29 in the UK both fell by over 15% in real terms.
The increase in university tuition fees to £9,000 a year has contributed to young people’s sense of being burdened by debt.
“Generation Rent” is also trying, forlornly, to save up for a place to buy, or even just somewhere suitable to rent. Almost half of 20-24-year-olds now live at home, and 600,000 more live with their parents than in 2000.
Young people face many pressures at work. The jobs market has never been more competitive, because of a combination of globalisation and the rise of women in the workforce – females aged 16-64 are one-fifth more likely to be in employment than 30 years ago.
Improved parenting and education have also played a part in changing behaviour.
Jean Twenge, professor of psychology at San Diego State University and author of the book Generation Me, says that millennials are increasingly well-behaved, but this doesn’t necessarily make them socially conservative – they’re just smarter about the decisions they make.
“I wouldn’t necessarily call it more conservative,” he says.
“However, they are making safer choices in terms of they’re less likely to drink alcohol, they’re less likely to commit crimes, they’re less likely to get pregnant at young ages.
“This is a generation who was raised around over-protection from their parents – in some good ways and some bad ways.
“So on the good side this is the first generation to ride around in car seats, to not walk home from school by themselves, to have more organised activities rather than free play in the street.
“So they’re used to having these very structured and protected lives, and they take these messages about safety a little more seriously than previous generations of young people did.”
Many schools have developed more effective methods to discuss alcohol, drugs and sex. In addition, schemes like Challenge 21 and Challenge 25 have made it more difficult to source drink under-age.
The ban on smoking in workplaces and enclosed public places, including pubs and bars, has successfully turned cigarette smoking into an anti-social activity. In this way, government can “nudge” people into changing their behaviour.
But perhaps just as important is how technology has given the young far more leisure options. There are more alternatives to clubbing or roaming the streets than ever before.
The essential device for every millennial is, of course, a smartphone. Millennials are digital natives – they live much of their lives virtually. They grew up with and live on the internet, and they came to maturity with the advent of Web 2.0.
Kerry Rheinstein of the Future Foundation, a consumer trends agency, is an American but has lived in England for eight years. She’s a self-described millennial.
“Social networks are really the core of millennial life,” she says.
“It’s the way we talk to our friends, it’s the way we keep track of our friends, we seek out new leisure pursuits. We research for different things and we even find our next boyfriend or girlfriend on our smartphone.”
The internet has had another impact – youthful mistakes can have a long afterlife online. This matters – not just if you don’t want to be embarrassed or “shamed” on social networks but also if you want to thrive in a fiercely competitive jobs market.
Strikingly, it is in London that the rise of the young fogeys is most marked – in 2013 almost one in three (32 per cent) of adults living in the capital – where the average age is just 33 – said they were teetotallers.
The stresses young people face – getting on to the housing ladder, and thriving in the workplace – are greatest of all in the capital.
Demographics play a part here, because some ethnic minorities – especially Muslims and Sikhs – are much less likely to drink than the national average. The fall in alcohol consumption is greatest in the areas with the most diversity.
These young fogeyish trends are not just evident in Britain but throughout the western world. Nightclubs are closing across Europe, and the steepest drop in smoking on the continent since 2012 was among those aged 15-24. —BBC