By REBECCA MUSHOTA and MILDRED KATONGO – 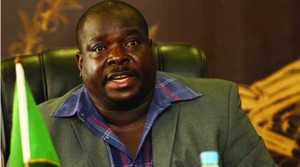 SCOTTISH author and actress Louise Linton has apologised for misrepresenting Zambia in her book In Congo’s Shadow: One Girl’s Perilous Journey to the Heart of Africa.
Meanwhile, Chief Government spokesperson Chishimba Kamwbili, who is Information and Broadcasting Services Minister, said the Government was satisfied with the apology from Ms Linton.
According to The Times, Ms Linton offered an unequivocal apology.
She has also removed her memoir from sale.
Ms Linton presented to the world a savagery Zambia at war in her memoirs, saying that the lodge at which she was in her gap year in 1999 was attacked by rebels.
She wrote that black mambas and spiders seized the lodge and that she opened an orphanage for HIV affected children.
After The Telegraph ran a book review on July 1 this year, many Zambians and other people took to social media to condemn Ms Linton.
Those that attacked the memoir said Zambia had always been a peaceful country and a haven of peace.
They also disagreed with Ms Linton’s misrepresentation of the country’s weather and perceptions of white people.
National Arts Council (NAC) chairperson Mulenga Kapwepwe said it was unfortunate that an author could misrepresent facts about Zambia.
“I am, however, happy that Zambians rose through social media and ensured that the blatant misrepresentation was dealt with,” Ms Kapwepwe said.
She was happy that the publishing company Amazon had removed the book from its list and Ms Linton had her Twitter account disabled.
Ms Kapwepwe said it was important for authors to countercheck their facts and ensure that countries were well-reported on.
The Zambian High Commission in the United Kingdom also issued a statement condemning the memoir.
According to a statement issued by the commission’s media team, the mission said the overwhelming condemnation of Ms Linton’s falsified memoirs by both Zambians and friends of Zambia worldwide attested to the fact that many had allegedly seen through her intentions to tarnish the image of a very friendly people and a country that had a record of divine peace at the expense of attaining celebrity status and fame.
“We join many others who have taken time to condemn the stereotyping of Africa, and Zambia in particular, as a backward country, in a jungle, which thinking is not of the 21st century. Therefore, such attempts by isolated individuals should not be encouraged,” the statement said.
Dr Kambwili said the apology by the Scottish author should be worth emulating by the local media when they are wrong.
The minister said the Government accepted the apology and it was time for Zambians to move on.
Dr Kambwili advised media houses in light of Ms Linton’s apology to be generous and apologise when they unintentionally offended people.
He said when he addressed journalists in Luanshya yesterday that it was unfortunate that there were cases of media personnel who were stubbornly refusing to own up when they misrepresented facts to defame people.
“Government is satisfied with the unequivocal apology rendered to the country. Ms Linton wrote a number of things which are not a true reflection of Zambia. She wrote about how she witnessed random acts of violence, contracted malaria and had close encounters with lions, elephants and snakes.
“Ms Linton has apologised and the 290-page book titled In Congo’s shadow has since been withdrawn from the shelves. Government has accepted the apology and it is time to move on,” he said.
Dr Kambwili thanked Lydia Ngoma who started the hashtag Linton lies tweeter campaign and many other Zambians, including the embassy staff in the United Kingdom for playing a role in ensuring that the actress apologised and withdrew the book from the shelves.
In her own words, the actress responded to tweeter messages and said she was genuinely dismayed and sorry to see that she had offended people as this was the very opposite of her intent.