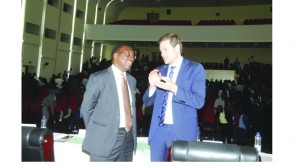 By SANDRA MWILA at Government Complex –
WITH barely less than two months before the FIFA deadline for FAZ to amend the constitution, the FAZ Council yesterday asked for more time to review the document.
At an Emergency General Meeting (EGM) held in Lusaka, The councillors asked that they be given time to study the draft constitution further and then make submission to the FAZ Legal Committee.
The Legal Committee vice-chairperson Peter Chilombo has since given the councillors one week to again look at the document and make submissions.
But the suspension of the vice-president Richard Kazala and committee member Blackwell Siwale have been deferred to the Annual General Meeting (AGM) slated for March 25.
At yesterday’s meeting, the FAZ council raised concern with the draft constitution highlighted three Articles namely Articles 10 (member admission), Articles 21 (Electoral College) and Article 32 (composition of the FAZ executive committee).
Northern Province Amateur asked for a balance in representation of voting and that the Electoral College should comprise 98 voting delegates.
Sable Bulls represented by Mofya Chisala brought up the issue of Sexual Orientation and stated that Zambia was a Christian nation and is also guided by national legislation in which they should comply.
Other clauses that are interesting in the FAZ draft constitution is the introduction of the 50-percent-plus-one-vote system on the president as adopted from the national constitution.
The draft constitution has also included the position of General Secretary and also limitation terms of president to three terms.
Another aspect in the draft constitution in line with FIFA Constitution is Article 13 which drives away the FAZ been answerable to the Sports Council of Zambia (SCZ) and the National Committee (NOC) as it is interference.
FAZ president Andrew Kamanga reiterated to the FAZ council that lower divisions shall not cease being members but will be presented by provincial bodies.
“Don’t be misinformed no member of FAZ will loss membership, no member will suffer and lower division will start receiving support from the FIFA grant,” Kamanga said.
Kamanga said the FAZ was working at making the game more attractive; improving the quality of the league that would improve fortunes at the national team.
On the constitutional amendment, Chilombo told the councillors to make final submissions in a week as the deadline was fast-approaching.
“I have taken note of all your concerns and we have to produce a document that will be in line with the FIFA statutes,” Chilombo said.
And FIFA Membership Association Manager Luca Nicola emphasised that FAZ failure to comply with the amendment of the constitution would result into a suspension from the World-governing body.
Nicola explained to the councillors that Zambia was not being singled out but all their members were undergoing reforms.
He gave examples of Botswana, Malawi, Zimbabwe, Congo Brazzaville, Gabon and Uganda that have already reduced their Electoral College.
“If you reduce Electoral College to less than 100 AGM will function smoothly and efficiently. Nobody loses votes it’s just a restructured way of voting,” Nicola said.
Nicola added that a reduced Electoral College reducing financial costs of organising AGM and resources can be channelled to football development.
Meanwhile FAZ General Secretary Ponga Liwewe reported to the councillors that they would not table agenda 2.5; the suspensions of the executive members as per SCZ directive.
Liwewe said they would not table the matter in line with the FAZ constitution Article 59 that states the association all member clubs, member associations, officials and players shall agree to comply fully with the statutes regulations directives and decisions of FIFA, CAF COSAFA, SCZ and NOC.