By PASSY HAACHIZO
THE Scottish Government has identified Central Province for its investment in agriculture, energy, education and health sectors due to its potential.
Meanwhile, Provincial Minister Sydney Mushanga has disclosed that the province has drafted a profile of untapped potentials in the central region that would drive the economic agenda for the province.
Speaking when he paid a courtesy call on Mr Mushanga yesterday, Scottish director for culture and external affairs Ian Nicol said the Scottish Government had heard a lot about the country’s potential for investment hence the coming to Zambia’s Central province to have an experience before the programme could be rolled out. 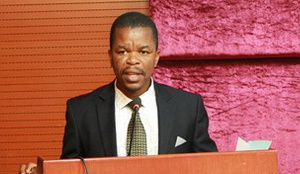 The Scottish Government was currently working on a number of projects in boosting the four sectors of agriculture, energy, education and health.
Mr Nicol said Malawi was benefitting from Scotland’s investment and did not want Zambia to lag behind.
“We want to see how the Scottish Government can help in agriculture, education skills training, health and energy sectors,” he said.
Mr Mushanga said the coming of the Scottish representative to the province was good because the Zambian potential needed exploration.
He, however, said the country had been experiencing challenges due to the climatic changes that had affected the energy sector whose heart was hydro-power.
Mr Mushanga said the province had for over 50 years since independence not had an airport thereby depending on the Kenneth Kaunda International Airport (KKIA) in Lusaka.
“I am happy that you have chosen Central Province for the investment in the country, for sure we have a lot of potential that has not been tapped and for your own information the country’s staple food is maize  but as Central Province we are also trying to venture into other types of farming, so your coming will be of great advantage,” he said.