From ELIAS CHIPEPO
In Suwon –
COACH Beston Chambeshi has said Zambia would need to be mentally and physically ready when they face Italy on Monday and reach the semi-finals of the ongoing FIFA Under-20 World Cup finals here in South Korea.
Chambeshi said he was expecting another tough match against a third European side Zambia would face in this competition adding that the Italians were a good side but beatable. 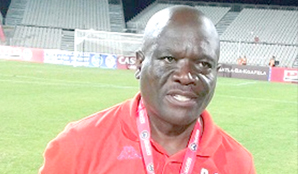 “The boys will need to be mentality and physically ready, they have played big teams here already and have fought the war before. So they have to be strong enough on the pitch so that we meet Italy in a good frame of mind,” he said.
Zambia eliminated Germany 4-3 in the round of 16 in Jeju while Italy overcame their rivals France 2-1 in the other tie played in Cheonan.
“We have played two European teams (Portugal and Germany) already and those were very tough games and we equally expect a tough game against Italy. This is a game that brings two sides playing good football but we have to respect each other for having reached this far,” he said.
Chambeshi said he was confident that his players would overcome any obstacle in-front of them as they target winning the title.
“I am enjoying the games, a good tournament and yes we have had tough games but my boys are strong and courageous to face any obstacle in-front of them. We have to continue believing in ourselves,” he said.
Chambeshi said Zambia is a footballing nation and it was not surprising that the team has reached this far in the competition surpassing the 1999 and 2007 teams.
“Games have not been easy and our wins have not been flukes because we fought for them and we have been playing good football. Italy would be a different ball game, I expect a good game and may the best team carry the day,” he said.
He thanked Zambians for the support rendered to the team and urged them to do the same on Monday and coming games.
Meanwhile, the Seoul 1988 Olympic Games memories have continued to be re-rekindled in Chambeshi’s mind when he learnt of Zambia’s opponents in the quarterfinals.
“Fresh memories indeed, we beat them (Italy) but it was not easy….I think we won them 2-0 in the President’s Cup and at the Olympics 4-0. They have got fresh memories also but yes these are new boys with new style of play and were not involved that time,” he said.
And the Italians arrived in Suown yesterday and are accommodated at the Ramada Hotel, same as the Zambian team.