By JOWIT SALUSEKI –
SOUTH African hip hop maestro Ntokozo Mdluli, popularly known by his stage name, KO, last weekend mesmerized revellers who congregated at Kitwe’s Mindolo Dam for the colourfest 2017 music gig.
The South African rapper, who rose to prominence with the group – Teargas – after releasing their critically acclaimed debut album K’shubile K’bovu in 2006 under Electromode Music, dished out heart warming tunes such as Cara Cara and Son of a Gun, among others, sending the patrons agog. 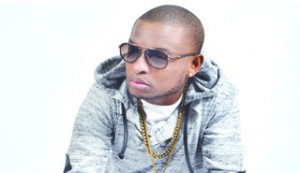 In 2005 KO, while employed in the Public Relation sector and with brothers from Soweto, Ma-E and Ntukza, decided to form a hip hop group called Teargas.
Thus on Saturday last week, the Soweto born rapper who shared the stage with a number of local artistes at the event, which was powered by Airtel Zambia, showed his enthusiasm and experience on how to bite the microphone in front of a huge audience.
The talented youngster jam stated his gig with a wave of hits from the 2006 debut album, K’shubile K’bovu, the album with a smash hit and a runaway success which was released when he was still part of Teargas.
The 15-track album featured a timeless smash hit titled Chance.
Chance, a hip hop song chronicling a life of a township gangster seeking redemption, was reminiscent of the early days of Kwaito.
The song went well with the revellers.
The song was a smash hit owing to the fact that KO joined forces with Teargas band mate, Ma-E, and music and marketing executive, Thabiso Khati, to form an entertainment company called Cashtime Life, where he (KO) was the first artist.
He also sampled out ‘Mission Statement,’ a track which became a critical success and enjoyed massive airplay across South Africa and beyond the borders of the rainbow nation.
However, he was not done just yet as he offloaded Run Jozi (Godly), a 2014 duet he collaborated with fellow South African artist, AKA.
Still he unleashed Caracara, a number which shook off the cold weather among attendees.
When it was released, the song reached one million views on YouTube and broke the record for most views of a South African hip-hop video.
Some two years later, Caracara was nominated for Best Hit Single, Best Collaboration and Best Music Video at the 14th Annual Metro FM Awards.
The Kitwe fans were also treated to Son of a Gun, lifted from his fourth project titled Skhanda Republic.
Skhanda Republic was nominated for Best Hip Hop album and Best Male Album at the 14th Annual Metro FM Awards.
Thus at Mindolo Dam, patrons who parted away with their K100 entry fee could only say – what a performance KO unleashed!