By CHIPEMA SAKAIMBO –
“I tried out the female condom once and it felt so uncomfortable especially with the lubricant‘s unpleasant scent; I couldn’t even enjoy the act at all said,” says Margaret Mbewe of Lusaka’s Chunga Township when asked about why women shun using the female condom..
Ms Mbewe, 34, has since vowed never to use the female condom ever again, saying she would not compromise her excitement when there are other protective methods that can work with less stress.
Ms Mbewe seems to speak for many women who find the female condom to be an unwelcome intrusion in their lives.
Ms Mbewe’s utterances come in the wake of concerns by women lobby groups and safe sex advocates who feel that not enough is being done to popularise the female condom as much as its male counterpart, especially among women. 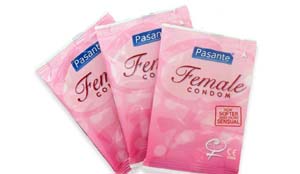 This is in the hope of giving women protection against illness and unwanted pregnancy even where their partners use no protection.
It is believed women risk being bullied into unprotected sex by their male partners who, traditionally and culturally, have more say on when, where and how sex happens.
Whereas some women find it fashionable to buy male condoms for their partners, which they even carry in their handbags, the majority of women, including those who buy male condoms, often want to have nothing to do with the female condom which, ironically, is meant for their own protection.
Although not seemingly very comfortable to discuss the issue, Ms Mbewe managed to speak of her first experience when she used the female condom.
She felt that the continued usage of the product could cause complications such as sores which she feared could in the end result in some form of cancer.
Another woman from Lusaka’s Matero Township who spoke on condition of anonymity said she had only heard of a female condom but had never seen it before.
She explained that if given, she could gladly use it so that she shares her experience with her friends.
A number of women interviewed said they had never used the condom for fear that they might make their partners think they had been exposed to sexual related issues.
They women said tradition does not even allow a woman to discuss safe sex issues with a man.
They said doing that was taboo.
In many African communities in general, and in Zambian societies in particular, there is an inherent silence about matters relating to sex and this is one of the major factors contributing to the spread, not only of HIV, but also of other Sexually Transmitted Infection (STIs), unwanted pregnancies especially among teenage girls and early marriages.
Silence is also one of the leading drivers of gender based violence (GBV) as well as child defilement especially in cases where the perpetrator is known to the victim.
With many women considering discussion of sex issues as being taboo, it is clear why male condoms are not only much more readily available compared to female condoms, but they are also given free of charge in some cases.
Sex related topics among women are hard to be discussed as evidenced by the difficulties the author of this author encountered just to get views on why women shun the female condom.
Sydney Siyanga, a Lusaka based carpenter, said he would rather be the one suing a condom instead of allowing his wife to use the female condom.
He said letting his wife use the female condom is as good as giving her the freedom to be promiscuous with any man of her choice.
Mr Siyanga believes that any woman who carries either male or female condoms in her hand bag or has them in her room is into prostitution and seeks to protect herself from things like Sexually Transmitted Diseases (STDs), unwanted pregnancies and HIV.
“These female condoms just encourage prostitution because if a man can use protection without any difficulties, why should women stress themselves with inserting condoms in their private parts. Clearly it is very disturbing!” he said.
However, a woman of Mandevu Township in Lusaka, who has been using the female condoms for close to five years now, said she had never encountered any problem at all.
For her, the new ‘Diva’ female condom introduced by Society for Family Health (SFH) is a plus because of its new features which make it easier to use.
She said the condoms are a good family planning method for her as she does not want to use other contraceptives methods such as pills and injections which made her develop complications in the past.
She explained that from the time she got married in 2012, her husband has never used a condom which prompted her to be using the female condoms.
She said her husband has never complained about her using the female condoms.
“The feeling is the same provided you are with the one you love,” she said.
She advised women to find ways of protecting themselves if their partners cannot.
According to Expanded Church Response (ECR), the difference in HIV infection rates between women and men has risen sharply, with 11.2 per cent of women and 7.3 per cent of men infected with the virus.
The HIV infection rate among women in urban areas is at 10.8 per cent.
Zambia’s provision of free condoms in health facilities was intensified in 2014 with the number of condoms more than doubling from 7.8 million in 2013 to 30.6 million in 2016.
A latest report by UNICEF indicates that despite the increased provision of free condoms, the usage remains low with only 29 per cent of women aged 15-49 who had more than one sexual partner in the past 12 months using a condom the last time they had sex.
The report suggests women decide to use condoms only in high-risk circumstances.
UNICEF urged involvement of more stakeholders to help in educating and persuading women to use condoms with all sexual partners, especially if they are in multiple concurrent relationships, or change partners regularly.
SFH, which is currently promoting the new ‘Diva’ condoms, said more needs to be done in order to scale up condom usage among women, not only in the capital city (Lusaka) but countrywide.
The organisation explained that it is working hard, together with other stakeholders, to find new strategies and approach in fighting myths surrounding the use of the female condom.
Although a number of institutions distribute both female and male condoms in restrooms, it has been discovered that women would rather get male condoms and leave female condoms.