By CHIPEMA SAKAIMBO –
SHORTLY after the release of ‘Show Me Your Money,’ a single track which has been well received by music lovers, B1 has finally released the video of the song.
The video was directed by DJLo. 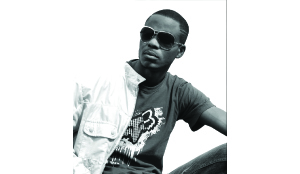 It was shot in the heart of Lusaka under the wings of Reel Studios.
B1, whose real name is Bruce Simbwalanga, started writing his own music in 2003.
Later in 2008, the artiste released a song entitled Chipute, which opened doors for his career.
The song became one of the most listened to track for over a year.
From that time B1 has been consistent, having managed to release hit tracks such as Perfecto, Village Girl and Suit, among others.
The artiste has released a couple of albums such as Chipute, Perfecto, and Pillow which enjoyed massive airplay with a great number of copies sold out.