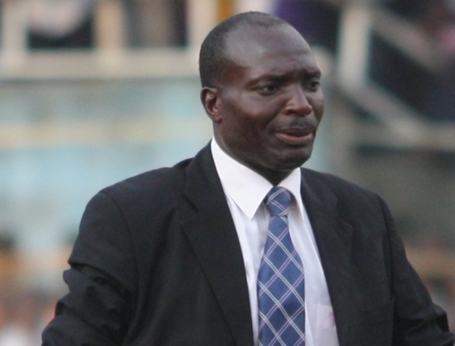 By NDINAWE SIMPELWE –
CHIPOLOPOLO start the quest for a return to the African Nations Championship (CHAN) tournament this afternoon with a second round first leg qualifier away to Swaziland at the Somhlolo National Stadium in Lobamba.
Zambia has qualified to the CHAN twice in 2009 and in 2016 finishing third and exiting at quarter-finals stage respectively while Swaziland are seeking their first appearance.
The return leg is scheduled for Lusaka this weekend with the winner after the two legs advancing to the final round of the Southern African region zone.
The CHAN is a tournament designed for players plying their trade in their nation’s local leagues.
But as Chipolopolo faces Swaziland today, there is more to play for other than just qualifying to the CHAN tournament to be staged in Kenya.
Chipolopolo’s fortunes have been on the downward spiral over the years and coach Wedson Nyirenda with his technical bench have a huge task to transform the team back to its dominant form.
Nyirenda has an opportunity to make statement today by recording a convincing win and restore the faith from the fans who are slowly losing confidence in the team.
But Chipolopolo assistant coach Aggrey Chiyangi is wary of the threat that Swaziland brings to this fixture saying the match will be tough because the host will field one of their strongest sides.
Chiyangi said he expects Swaziland coach Pieter De Jongh to field a different team from the one that he used at the COSAFA Castle Cup in South Africa last week.
Zambia also will be boosted with the arrival of 13 players dominated by Zanaco and Zesco United who were not available for the Cosafa Cup due to club commitments in the CAF club competitions.
Chiyangi said the team will not lose focus and target a win despite playing away from home.
“They will be very strong but we are targeting to go through. CHAN is a continental event, second biggest from Afcon. There is a lot improvement in Swazi football but our target is to qualify to Kenya.
We are approaching CHAN differently from how we approached the COSAFA,” Chiyangi said.
Chipolopolo, with a makeshift side, reached the final of the COSAFA  Castle Cup but lost 3-1 to a dominant Zimbabwe side while Swaziland were eliminated at the first hurdle.
After an impressive performance at the COSAFA tournament , Nyirenda will retain the confidence in striker Brian Mwila and Justin Shonga while Toaster Nsabata may replace Allan Chibwe in goal with Ziyo Tembo and Fackson Kapumbu expected to boost the defence which was found wanting in their absence.
Chipolopolo has enough ammunition in midfield with Cletus Chama, Kondwani Mtonga, John Ching’andu, Augustine Mulenga and Ernest Mbewe available for selection.
Experienced Tony Tsabedze, Wonder Nhleko and Sabelo Ndzinisa hold the key for Swaziland today.