By SYLVIA MWEETWA
THE Copperbelt Energy Corporation (CEC)’s US$5 million power expansion project in Mindolo has reached an advanced stage and created 80 local jobs and four for expatriates.
Meanwhile, CEC has reaffirmed its commitment to providing quality power supply in line with its vision.
CEC head of support project Ben Simukoko said the expansion project followed a request from Mopani Copper Mines (MCM), which was sinking a new shaft.
Mr Simukoko said he was happy with the progress made so far and that currently Mindolo substation supplied power to MCM and Zesco loads at 11KV. 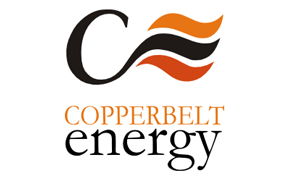 Mr Simukoko was speaking in Kitwe during a media briefing.
He said the expansion of its capacity to meet demand for the mining firm was important, and that it was also looking at other projects which were key to the provision of electricity in Zambia and neighbouring countries.
Mr Simukoko said the power utility company would continue to be proactive and planned to invest between $15 and $20 million yearly for replacement and improvement of its infrastructure in its quest to provide quality power supply.
He said that currently the company was supplying power to some mines in the Democratic Republic of Congo (DRC) and that it was looking at other areas of interest.
Meanwhile, CEC has partnered with the Copperbelt University (CBU) to provide solar energy for education purposes as well as capacity building at a cost of between $1.3 and $1.5 million.
The company has taken seriously the importance to diversify from hydro power generation to solar energy.
Mr Simukoko said discussions were in a pipeline on the need to expand provision of power to residential areas.
Currently, power is only provided to the mines and CEC residential areas in Kitwe’s Nkana East.
During a media tour of works at the Mindolo project, it was discovered that works were going on well and were expected to be completed this year.
And the Kabompo power project in North-Western Province has stalled due to a title dispute on a piece of land which has arisen and failure to agree on the power purchase agreement with Zesco, but Mr Simukoko was hopeful a lasting solution would be found soon.