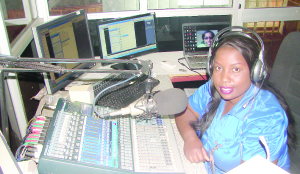 THE day was Monday February 10, in the afternoon. The radio station, Icengelo, and the presenter was Constance Mulenga Kitungu.
Constance was test-transmitting Radio Icengelo to Chingola and Chililabombwe on 102.9 FM when, out of the many listeners who confirmed excellent reception, two phoned in from six kilometres inside the Democratic Republic of Congo (DRC).
“This is radio Icengelo, the station of light, we are test- transmitting from Kitwe to Chingola and Chililabombwe on 102.9 FM.
Call me and let me know how you are getting us,” said Constance in a calm, lively engaging voice.
Then listeners phoned in: “Hellow ba sister, I am calling you from
Congo, I am about six kilometres inside DRC. I can hear you loud and clear, thank you for improving your signal.”
That indeed is a positive development on the part of Icengelo management. Clear reception attracts listenership and poor transmission does not only disturb the ear, but also prompts the listener to touch the dial.
And talk about Constance, I thought she anchored that particular live broadcast exceptionally well in the manner she engaged callers, mixed music and swiftly shifted from English to Bemba while maintaining the same tempo.
ZNBC
I wonder why the man who plays Shimpundu Bulasho on ZNBC’s Radio 1 programme, ‘Ifyabukaya’ cackles awfully in a bid to sound like an old man.
Ifyabukaya, an old-time radio drama that kept listeners glued to their sets in the past, still has a huge listenership now. It is only fair that today’s actors maintain the momentum set by the pioneers.
The new cast needs to know that old-time players spoke in their natural tone but managed to captivate fans by the twists and turns in the plays’ story lines.
Hear Information Minister Mwansa Kapeya and Henry Chinene Nyembele’s voices when they played ‘Ifyabukaya’ then and now, their voices still sound the same. 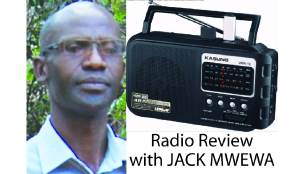 RADIO 4
I have lately tuned in to ZNBC’s Radio 4 where, among other deejays, Jack ‘the hot stepper’ Mwale plays thoughtful reggae music worth listening to.
In this era where almost all radio stations play the same music day-in-day out, Jack’s touch provides divert from the usual.
PHOENIX
In the absence of Karen Nakawala with her ‘Sunday Mellow Madness’ presentation, Chatewa Dominic stands in with country music. Okay.
I have known Chatewa for the reggae renditions he played in the past. I seem to have lost his schedule for now.
***
I observed in my last week’s column that Panji Banda was better in the kind of chit-chats presentation than simply playing music alone.
My reference was in line with ‘Akale Kesu’ Saturday morning shows he presented with Blaze.
But Kelvin Chisenga wrote from Ndola: “Hi, I would like to disagree with your observation about Panji. I feel he is among the best DJs like Flex on ZNBC’s Radio 4, DJ Massy from Phoenix, Golden Mukelabai, Radio 2 and Dimples from Sun who keep us listening to music from the old school.”
***
Clara wrote from Kitwe: “Hi Jack, hope you are good, I am listening to Radio Phoenix just now (10/02/14 at 08:18 hours) and Airtel advertising a promotion said to end on January 31, 2014.
The advert is about free Internet by *141#. I hope they take note and update the advert if the promotion date has been extended.”
TIPS
Mixing and fades
Mixing of sound calls for a critical ear and a sharp eye on the VU meter.
By mixing we can fade sounds in and out and blend them together in various proportions.
There are several kinds of fades and each has its established use in radio production.
The term fade is generally applied to the fading in or out of a particular sound source.
The cross-fade or mix is the fading out of one sound while at the same time fading in another so that the two overlap for a few seconds.
It may be used between two musical records or to blend an announcement with a record.
In drama, it is used to indicate a scene change: the roll of surf and the screech of sea-gulls cross-faded to the music of a night-club band would indicate a change of scene from the seashore to a night-club.
Between one kind of music and another, the cross-fade is generally quick, whereas in drama it can be slower.
The partial fade is used to place one sound against the background of another as, for instance, when an announcement is made over a record of music, or where a narrator tells the story of action taking place in the background.
In a night-club scene we may first of all hear the band playing at reasonably full volume, this may then partially fade so that we can hear the conversation of two people in the foreground.
The term ‘board fade’ is used when all the sound from every source is faded in or out at the same time.
A board fade-out may be used to indicate the end of something. It is followed by silence.
Used in drama a board fadeout often indicates a change in time: The action of one scene board fades out into silence and after two or three seconds of silence a new scene fades in.
The board fade is like a cross-fade, but separated by silence.
The slow fade usually indicates passing of time in dramatic programmes.
The length of the fade is a matter of artistic taste; generally the slow fade should never be less than 7 seconds and may last as many as 12. Slow fades must, of course, be really slow.
They are sometimes used in music programmes for dignified or repetitive music. It is not good practice to fade out a music programme simply because the length of the music has been underestimated.
The fast fade is used in music broadcasts to cut the length.
It has to be very quick to be effective, and it is most important to make the cut at the end of a musical phrase.
In drama, the fast fade is used to withdraw listeners rapidly from a scene.
For instance, two players may be talking when one says; “Let me tell you a secret. . ..’
If we do not wish our listeners to hear the secret yet, we use a fast fade.
For comments, observations and contributions; jackmwewa@gmail.com – 0955115777