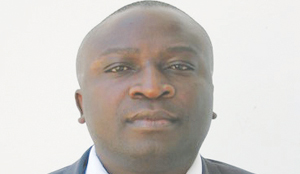 By SHAMAOMA  MUSONDA –
THE Football Association of Zambia (FAZ) has set a quarter-final berth as a minimum target for the national Under-17 women’s team at their maiden FIFA Under-17 Women’s World Cup finals in Costa Rica this month.
FAZ vice-president, Boniface Mwamelo and the association’s women football affairs chairperson, Lenny Nkhuwa have made this declaration.
Basing her judgement on the promise, levels of skill and discipline in the players, Nkhuwa said apart from individual players having a bright future, the team had potential to go far in the competition.
She said that the girls were playing some refined football and looked set to come out of Group A and qualify to the quarter-finals.
Mwamelo urged the players to take their United States of America (USA) camping seriously and ensure they shaped up well for the tournament.
“My take is that they have taken the message very seriously and a quarter-final berth looks possible to us now,” he said.
And Mwamelo said the team was likely to have a number of friendly games with local American clubs before leaving for Costa Rica to play in the opening match of the tournament.
Last week, the team was reported to have courted China for a friendly but Mwamelo said the match was on assumption that the Asian team would also camp in USA but instead decided to camp in Canada.
Mwamelo also reminded the players that they were not just footballers but also ambassadors for Zambia and the entire Southern African region.
“You are not just footballers, but ambassadors. And you  will not only be representing Zambia at the World Cup finals but the entire sub-Saharan region. So put in your best and prepare adequately” he said.
Mwamelo said this when he addressed the players yesterday ahead of the team’s second day of training in San Francisco.
The FAZ vice-president said the World Cup was a great platform for the players to showcase their potential.
He was, however, happy that the girls had fully settled and upped their preparations for the World Cup finals scheduled to start on March 15.
Zambia are in Group A with hosts Costa Rica, Venezuela and Italy.
Albert Kachinga’s lasses, who leave for Costa Rica on Tuesday next week, will open their World Cup campaign against Italy.
Meanwhile, the Zambia senior women’s team will face regional arch rivals, Zimbabwe in the final round of qualifiers for the 2014 Africa Women Championship (AWC).
Zimbabwe beat Botswana 2-1 yesterday to set up a final showdown against Zambia on a 3-1 aggregate score.
While Zimbabwe ejected Botswana, the She-polopolo knocked out Tanzania on a 3-2 aggregate score.
The 2014 AWC finals will be staged in Namibia in October.