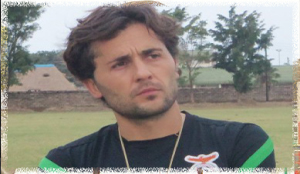 CHIPOLOPOLO coach, Patrice Beaumelle says he is working on building a stronger Zambian team that will qualify to the Morocco 2015 Africa Cup of Nations (AFCON) finals.

Beaumelle said in an interview in Lusaka that Zambia was endowed with a lot of talented players and that he would bring on board several quality footballers in his quest to build a strong AFCON team.

“I will ensure that the Chipolopolo prepare adequately for them to get past the group stage (of the qualifiers) and also qualify to the AFCON,” he said.

Beaumelle said all of Zambia’s age-group teams consisted of talented players and that it was usually a big task for coaches to select the best squads to represent the nation at various international tournaments.

“When I took up the Chipolopolo job, I have been trying to tap talent from junior teams like the under-20 and it becomes a headache to choose the best because they all have talent,” Beaumelle said.

He also said he was happy to see the various teams making tremendous progress in their qualifiers.

Beaumelle gave an example of the senior women’s national team who made a historic qualification to the 2014 African Women Championship and the Under-20 men’s squad who are in the last round of qualifiers for the 2015 African Youth Championship.

Meanwhile, Beaumelle says his French compatriot and predecessor, Herve Renard deserves the Ivory Coast job because of his hard work.