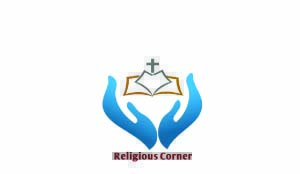 PASTORS and other clerics are in a habit of asking for money in buses and other public places upon preaching to the people. It has become a business, after preaching, money has to be given. They target the big buses, hoping to make a good profit, more passengers meaning more offering and from morning until evening it’s like one robbed a bank.
This is misrepresenting God; the one who called you and made you a minister of his word. God has given you the special privilege of announcing the Good News to all nations, he cannot let you go without food on the table.
I have listened to many ministers on buses, some after preaching demand offering while others just preach then the passengers give offering out of free will. Some preach Christ out of envy and rivalry, but others out of goodwill.
The latter do so out in love while the former preach Christ out of selfish ambition not sincerely. The important thing is that in every way, whether from false motives or true, Christ is preached everywhere, we are hearing about him in buses, TV, public places and we all rejoice.
The people have complained, church mother body have come in on the habit of begging for money after preaching. Their stomachs have become a number one source of concern and this is wrong.
Buses carry passengers from all walks of life, some are still babies in the word, others not yet born again and some are mature. The word of God is to be preached without charge, salvation is free because Jesus has paid the full price.
The church at Corinth had many false teachers so they thought that preachers could be judged by how much money they demand. A good speaker would charge large amount, fair speaker a little cheaper and a poor speaker free. When Apostle Paul said “will preach the Good News without expecting anything in return. He was considered an amateur, little authority.
False teachers want to make a good profit from preaching, but Paul separated himself completely in order to silence those who claimed to do God’s work (2 Corinthians 11:7). He did the rightthing,ministry should not be run like a business, so who should take careof ministers financial needs.
Paul learnt the secret of being content whatever circumstance. He didn’t have enough to live on but preached the gospel, he held on to what was entrusting to him by God. He was not a burden to the church at Corinth.When he needed something, the brethren from Macedonia supplied what he needed. When you take care of God’s business, he will surely send the right and mature people to take care of your business. He called you and so he knows that to preach the gospel you must be in good health and dress for success.
God never forgets or breaks his promises, no matter how many promises he has made, they are “yes” in Christ Jesus. And so through him the “Amen” is spoken by us to the glory of God. (2 Corinthians 1:20)
Jesus himself taught that those who minister for God should be supported by the people to whom they minister;the church has a key role to playMatthew 10: 10. He also told his disciples not to hesitate to accept (not to beg) hospitality given at free will because those who work deserves to be feed. He also told them not to carry anything, to be ready for duty, travel, unencumbered by excess material goods.
Someone right will take care of you just like the disciples. Wherever you go to preach there will be a man of peace who will accommodate you in their home, introduce you to others in the community until you leave.
Mary Magdalene, Joanna and Susanna and many others contributed their own resources to support Jesus ministry all the way up to the day of his resurrection, Luke 8: 1-3.They appreciated the good works and were willing to support, so that the ministry continues to touch and reach other lives who needed to benefit from the gospel.
It’s easy to receive the benefit of good bible teaching and then to take our spiritual leaders for granted, ignoring their financial and physical needs.Jesus and Paul emphasized the importance of supporting those who lead and teach us.
We should care for our spiritual leaders not grudgingly or reluctantly but with a generous spirit showing honor and appreciation for all they have done, 1 Timothy 5:17. At some l thought it was scriptural the famous saying which has spread like bush fire, a preacher has to suffer here on earth as he will live well in heaven. It is not true.
Elijah’s ministry was supported by the unclean birds called ravens, the Lord ordered them to feed him with bread and meat in the morning and evening. The widow (a foreigner from Jezebel’s home territory) supported him also. God is not a respecter of persons, knows your needs, cares and provides in ways that go beyond our narrow definitions or expectations.
Paul’s ministry was supported by phoebe, a woman can support a ministry lead by a man with no strings attached.
Don’t be a burden to passengers in buses and other public places. It’s not a must that every place you preach to people should give, it’s a wrong motive, be grateful for the opportunity. Don’t beg from people. It was not every church Paul went to which shared with him in the matter of giving and receiving except the church in Phillip. They continued to send aid to him when he was in need and was at Thessalonica.
Dear brothers and sisters honor those who are your leaders in the Lords work. They work hard among you and give you spiritual guidance. Show them respect and wholehearted love them because of their work. And live peacefully with each other (1Thessalonias 5:12).