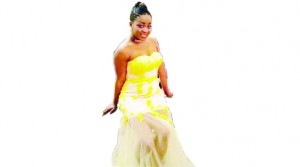 By CHIPEMA SAKAIMBO –
ZAMBIAN-BORN international recording singer and song writer Portia Clark has continued giving back to the Zambian community by partnering with a non-governmental organisation called Health Hope Zambia.
Clark, who is currently based in Western Australia, says she is decommissioning valuable medical equipment from an Australian hospital and it is in the process of being shipped to Zambia.
Clark, who was born Portia Thanjekwayo, is currently serving as Zambian Ambassador for the NGO called Matter Australia and is working on reducing deaths caused by malnutrition.
Portia says she does not want to see any Zambian woman to deliver on the floor but wants them to deliver in a conducive environment.
She further explains that she wants mothers and their babies to have access to quality healthcare equivalent to what is obtaining in developed countries.
“I do not want my fellow Zambian mothers to go through what I had to go through. I want them to be able to deliver in a clean and safer environment. The habit of women giving birth on the floor in Zambia should discontinue,” Portia says.
Clark, 26, is a Zambian R and B and pop singer, songwriter and philanthropist.
In 2014, the songbird released her debut single called Hope which she co-wrote with renowned Zambian gospel artist Mutamula Mwale.
The song has since been used for several major charitable events.
She started singing when she was just eight years of age at Temple of Power Church in Livingstone.
Later, she joined Vessels of Praise at Capitol Christian Worship Centre in Lusaka at the age of 11.
In September 2015, Clark recorded her debut album in Australia, USA and Zambia which features the eldest son of Dr Dre, Curtis Young.
Clark has already won nomination for Best Zambian Representative at
the Born and Bred Video awards after launching her career in 2015.