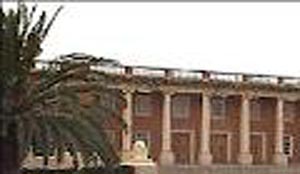 A THIRTY-SIX-year-old man of Kitwe has been sentenced to 20 years imprisonment with hard labour for defiling a 10-year-old girl.
This is a case in which James Sibanda was facing one court of defilement.
High Court judge Mercy Makubalo, when passing sentence, expressed sadness that the convict was a neighbour who was supposed to protect the victim from harm but betrayed the trust bestowed on him.
During trial the court heard that on the material day, Sibanda’s daughter found him hiding the victim behind some bags in the room.
The girl’s mother told the court that she was shocked that her neighbour, Sibanda, could act in such a  manner.
She explained that after checking the girl’s private parts, she found her with bruises while medical evidence confirmed that the girl had been defiled.
At the close of the case, Sibanda was  found with a case to answer and put on defence.
In his defence, he claimed before a magistrate’s court that he was innocent.
The magistrate’s court, however, committed the matter to the High court sentencing.
And in mitigation, defence lawyer Paul Chavula asked the court to exercise leniency because his client was remorseful.
But Ms Justice Makubalo sentenced Sibanda to 20 years imprisonment because his actions were disheartening.