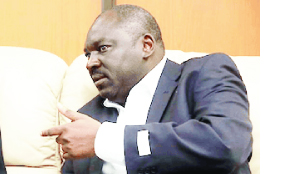 By REBECCA MUSHOTA –
THE Government has urged the Defence Forces in the country to stamp out any form of corruption that some officers can be involved in so as to help the country’s fight against the vice.
Minister of Defence Davies Chama said the Defence Forces were not exempted from the fight against corruption and should therefore do everything to eliminate it from their institutions.
Mr Chama said the Government was fully committed to eliminating corruption and that this required the support of the Defence Forces.
The minister said this when he officiated at the Zambia Army headquarters officers’ annual ball in Lusaka on Sunday night.
“As the Defence Force, you are not exempted from this fight… In fact, you should fully get engaged to stamp out the vice in your institutions,” Mr Chama said.
Mr Chama commended the Zambia Army for its commitment to duty and loyalty to the Government in 2017.
He said the Army had performed exceptionally well in both local and international operations in 2017.
Mr Chama said the Army had managed to protect water bodies and given aid to the Government.
Internationally, he said, Army officers deployed to the African Union and the United Nations peacekeeping operations had performed well.
In 2017, the Government constructed housing units in Lusaka West, Chindwin Barracks and Mufulira.
The Government had also established new units such as the 48 Marine in Kawambwa and constructed roads in Arakan Barracks.
va warned the Army against engaging in vices such as corruption and gender-based violence.
Brigadier-General Mihova said he would not tolerate any officer engaging in vices that eroded morality in society.
He said the Army was ready to aid civil authorities in mitigating national disasters like the cholera epidemic.