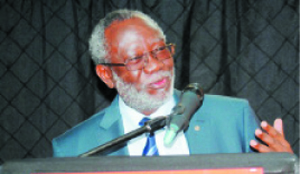 By BRIAN HATYOKA –
SCORES of workers in the Livingstone tourism industry yesterday protested against alleged oppression by Adventure Group of Companies director Daan Blink whom they have given a seven-day ultimatum to leave Zambia.
The workers, who marched to Livingstone District Commissioner Omar Munsanje’s office to deliver their petition, asked Labour and Social Security Minister Fackson Shamenda to intervene in the matter.
They accused Mr Blink of racism, abusing labour laws and forming a cartel which was intimidating workers in the Livingstone tourism industry.
The protesting workers came from the Livingstone tourism industry, all lodges, backpacker lodgings and tour operators affiliated to the Hotel, Catering, Tourism and Allied Workers Union of Zambia (HZTAWUZ).
“We want the District Commissioner, the Labour minister and President Michael Sata to address our concerns,” the workers shouted as they marched.
The workers said if Mr Blink would not be deported within seven days, they would physically force him out of the country.
Mr Munsanje was reportedly out of his office and the petitioners presented their message to District Administrative Officer Harriet Kawina.
Mr Blink refused to comment on the matter and referred all queries to his lawyer Fredrick Chuunga who dismissed the allegations levelled against his client.
Labour and Social Security Minister Fackson Shamenda said he would issue a after he officially receives the petition.
HZTAWUZ regional organising secretary Morris Sangulube said Mr Blink and his alleged cartel were stopping workers from joining labour unions to avoid bargaining rights.
Presenting a petition to the media in Livingstone yesterday, Mr Sangulube said 90 per cent of workers from Livingstone Adventure, who were members of HCTAWUZ, had been fired for affiliating to a union of their choice.
He appealed to the Government to intervene so that the workers could join a union of their choice and negotiate for their conditions on service.