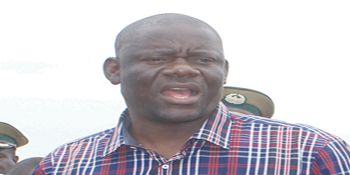 PATRIOTIC Front (PF) Secretary General Davies Mwila has directed party members on the Copperbelt not to entertain childish arguments among themselves but work to promote unity and respect.
Mr Mwila has also said that the PF will not allow dormant or non-performing party officials in its structures because the party has a huge task ahead of the 2021 elections.
Speaking in Lufwanyama District during the launch of the Copperbelt party mobilisation exercise, Mr Mwila said he expected all party members to respect one another and promote unity for the betterment of the party and the nation.
“I am directing you all here not to entertain childish arguments because they have the ability to derail our party agenda of developing to the people’s expectation, so be peace-makers by promoting unity and respect,” Mr Mwila said.
“We have a huge task ahead of the 2021 elections and what we need are people who are ready to mobilise the party starting from grassroots level. I will not allow dormant or non-performing party officials who just want to be called chairman or secretary,” Mr Mwila said.
He added that party members must strive to explain the party’s policies and their implementing according to the 2016-2021 manifesto.
Mr Mwila donated 120 bicycles to nine constituencies and 40,000 books and 1,000 calendars.
He said mobilisers of the party no longer had any transport challenges and should work tirelessly to recruit new members.
“President Edgar Lungu cares for this party and we need to reciprocate our appreciation by working tirelessly in mobilising people and explaining our manifesto to them,” he said.
PF provincial chairperson Stephen Kainga reiterated on the call for discipline and unity in the party.
The launch was attended by Information and Broadcasting Services Minister Kampamba Mulenga, as well as Livestock and Fisheries Minister Michael Katambo.