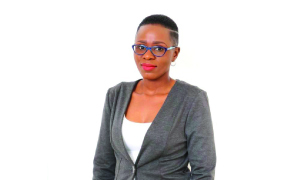 By JESSIE NGOMA-SIMENGWA  –
WOMEN in Zambia, like everywhere else around the world, face many obstacles as they try to exercise their rights.
Despite the great strides made by the international women’s rights movement over the years, women and girls still face numerous challenges in their quest to attain equality.
Zambia has, over the years, stood out as a country ready to drive women’s rights forward, with the rights activist late Lucy Banda-Sichone and other gallant women distinguishing themselves as champions of this noble cause.
As the now famous saying goes, ‘women’s rights are human rights, too’. That is to say, women are entitled to all of these rights.
Women’s rights are the fundamental human rights that were enshrined by the United Nations (UN) for every human being on the planet nearly 70 years ago.
The Sustainable Development Goals (SDGs) hold real promise for women’s rights. They are
more broad-based and include targets such as ending gender-based violence (GBV), eliminating child marriage and ensuring access to sexual and reproductive health, among others.
The scope of SDGs includes equal access to education and expanding women’s economic opportunities.
These are some of the elements that fitted well in the 2020 theme for International Women’s Day, which was ‘I am gender generation equality, realising women’s rights.’
According to the United Nations Population Fund (UNFPA), the theme looked at working together in achieving a gender-equal world.
Similarly, the theme celebrated the icons who blazed the trail towards gender equality.
The UNFPA has a special focus on today’s generation of activists; women who are shaping the vision of a better tomorrow for people of all genders.
According to research, Ms Sichone had misgivings about the way the gender movement came about and was being propagated in Zambia.
She argued that women’s rights should be encompassed in human rights, adding that gender did not take away one’s rights.
The civil rights activist encouraged women to be better people who should be treated equally in terms of their professional choices.
Her tremendous contribution to the girl-child included encouraging girls to get their education, and to avoid compromising their cultural and traditional values.
In 1993, she founded an NGO, Zambia Civic Education Association (ZCEA) that continues to press for citizens’ rights and civic education to this day.
Icons such as Ms Sichone realised that winning rights for women was more than breaking the cultural and traditional perceptions.
It involved empowering them with education which in turn would enhance their human rights.
Human rights activists in Zambia today are still concerned about the discrimination against women.
This discrimination in employment, education, and land and property ownership still remains a source of concern for them.
One such human rights activist who celebrates and recognises women’s rights is Mary Mutupa, a dispute resolution lawyer who is passionate about helping women understand their rights through different avenues.
Ms Mutupa observes that women and men should be given equal opportunities, adding that their biological make-up should not be used as a measure for accessing opportunities.
“As women, we need to remember to put ourselves and other women up for opportunities and promotion,” she says.
She recalls with satisfaction that the theme for this year’s International Women’s Day sought to recognise and celebrate achievements made in advancing women’s rights.
“As a human rights activist, this day elates me and I always look forward to hearing from other people’s work,” she said in an interview.
Ms Mutupa interpreted this year’s theme as a “call to embrace and celebrate women’s diversity.”
She said diversity was appreciating the fact that women were unique individuals with different capabilities, and should be given equal opportunities.
Her viewpoint is that winning rights for women should be as much in giving women and girls equal opportunities as in changing how communities and countries work.
Ms Mutupa observed that revelations on rising cases of GBV in Zambia could be attributed to various factors which included increased sensitisation on the matter.
“Increased trust in the justice system is another positive factor where no doubt both civil society organisations and Government are doing a lot in terms of reaching out to the public with the right message.
“Furthermore, the coming of the Anti-Gender-Based Violence Act No. 1 of 2011, which provides for progressive remedies, has seen more people coming forward to seek justice for acts of GBV,” Ms Mutupa explained.
The establishment of the Anti-Gender-Based Violence fast track courts has seen better adjudication of cases in places where these courts are present.
Ms Mutupa, however, noted that more should be done as some cases were withdrawn by GBV survivors, especially if the perpetrator was either a family member or the breadwinner.
“Such factors are impacting negatively on the fight against GBV. GBV survivors need everyone’s support,” she said.
As efforts to improve the rights and status of women in society rise, there definitely remains much room for improvement.
Like the UNFPA puts it, “we are all generation equality and we need to carry forward the goals of the feminist who came before us in partnership with those who uphold feminist ideals today.”
Ms Mutupa said by learning more and spreading awareness about women’s rights, alongside the importance of allowing women to be properly represented in all spheres of society, greater results could be achieved.
It is, therefore, imperative that today’s generation of activists hold governments and other stakeholders accountable for their commitments, and ensure that their goals were met.
Similarly, more women should actively be involved in securing a better tomorrow for themselves.