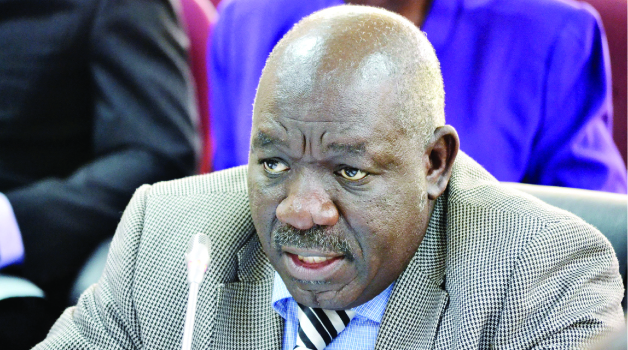 By XAVIER MANCHISHI –
THE Parliamentary Public Accounts Committee (PAC) yesterday was at pains to understand how equipment meant for setting up printing presses in Kasama and Chipata was marooned in a container for over three years.
The committee heard that the equipment meant for the Zambia News and Information Services (ZANIS) was procured at a total cost of K6, 345, 332 in 2010 and delivered even before the buildings that should have housed it were built.
According to the query in the 2012 Auditor General’s report, as of June 2013 the warranty of the equipment had even expired and the delay in installation meant the equipment could be obsolete resulting in loss of public funds.
But Information and Broadcasting Services Permanent Secretary, Bert Mushala said the irregularity started with the decision to purchase the equipment even before the buildings were built.
This prompted Lunte MMD Member of Parliament, Felix Mutati to caution Mr Mushala against apportioning the blame saying as current controlling officer in the ministry; it was his duty to ensure corrective measures were put in place.
Mwembeshi UPND MP Austin Milambo asked who was going to incur the cost of replacing the equipment that got damaged from being stored in a container for such a long period to which Mr Mushala responded that it was Government.
Mr Mushala reported that the buildings have since been built and that the printing presses would soon be installed.
Committee chairperson, Vincent Mwale said it was a pity that Mr Mushala and his team which appeared before the committee had no answers for some of the audit queries because they were not in the ministry during the time under review.
On the unretired imprest amounting to K653, 384, Mr Mushala said some of the issues raised in the Auditor General’s report were as a result of the process of the realignment of the ministry.
“The merging of the ministry with other portfolios and other changes that took place affected the way we did things. However, I can report to the committee that all the unretired imprest has been retired,” he said.
Mr Mushala also told the committee that query on delayed banking by ZANIS in Chipata, Ndola and Choma was because it was journalists who were doubling the discharge of their substantive duties with revenue collection.
The committee also heard that the absence of the Independent Broadcasting Authority (IBA) had made it difficult for the ministry to collect television and radio licence fees and that since the board was set up, only two stations out of the 21 cited in the Auditor General’s report still owe.