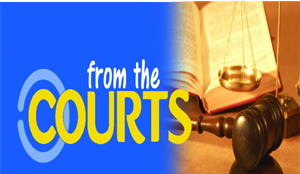 THE Ndola Main LocalCourt has fined a house wife of Chipulukusu Township K1,000 for allegedly accusing the neighbour of sending rats to bite her at night.
Court principal presiding magistrate Sarah Bwalya sitting with presiding magistrate Dismus Katampi and senior local court magistrate Kaala Nyambe said accusing someone of witch craft was a serious offence.
This was a matter where Stevania Mwaba 57, of House number 77 Chipulukusu Township in Ndola sued Mwansa Kalenga 42, of House number 77 for defamation of character after she was allegedly accused of practicing witchcraft.
Ms Mwaba told the court that her differences with the defendant started in 2010 when she was bitten by rats in her home while sleeping.
She said the defendant blamed her of having sent the rats to bite her which she described as an act of witchcraft.
Following this incident, Ms Mwaba reported the matter to the Residence Development Committee (RDC) chairperson Jonas Musela who gave Ms Kalenga a six months notice to live in harmony with her neighbour.
She said despite the warning, the defendant continued to insult the plaintiff and hence her decision to take the matter to court.
In her defence, Ms Kalenga claimed that there was a person who used to appear in her dreams.
Following the incident, Ms Kalenga complained about her nightmares to the plaintiff who insulted her and threatened to beat her.
She admitted calling the plaintiff a witch because she was pain resulting from the rat bites.
The court also summoned the RDC chairperson Mr Musela  who confirmed hearing defendant call the plaintiff a witch.
He said following this incident he called for a meeting where the defendant was advised  to stop spreading the false allegations.
In submission, the plaintiff told the court that Ms Kalenga had really tormented her for years and appealed to the court to punish her but Ms Kalenga had nothing in submission.
In passing judgment, the court fined Ms Kalenga up to K1000 to be paid five installments of K200, starting from March 25, 2014.
Magistrate Bwalya said rats wonder everywhere and it was wrong for defendant to accuse plaintiff of sending rats to her home.
She said no person keeps rats as they do not choose which house to go to but wonder everywhere as long as they find shelter.
She advised Ms Kalenga to learn to live in harmony with her neighbour.

A FORTY-THREE-YEAR-OLD man of Lusaka’s Bauleni Township has landed himself in hot water for visiting his former wife who is now married to another man in the same residential area.
Kelvin Mukuni divorced Lillian Binyolo in 2000 but the woman later got married to Martin Magani in 2009 after he impregnated her.
However, the Chilenje local court heard that of late, Mukuni had frequently been visiting Binyolo at her matrimonial home, a situation that has raised suspicion of a secret affair by Magani.
Magani told the court that he impregnated Binyolo in 2005 and later decided to marry her in 2009 and the two had lived in harmony until his wife told him that her former husband had been visiting their home.
He submitted that he suspected Mukuni of having an affair with Binyolo because of his frequent visits to his house.
“My wife told me that Mukuni had been visiting her and each time he visited, he would ask her why she divorced him and decided to marry me,” he said.
Magani alleged that Mukuni had in fact admitted in one of the conversations that he had an affair with Binyolo and that the plaintiff could not know about it because he was a foolish man.
“Mukuni once admitted having an affair with my wife and told me that I was stupid, that was why I wasn’t aware of what was going on. So I want him to stop,” he said.
And in his defence, Mukuni admitted visiting Magani’s home but denied having an extra-marital affair with his former wife, saying that he had nothing to do with her.
“I have been visiting Lillian but that does not mean I have an affair with her. We divorced in 2000 and since then we have been friends,” he said.
Chilenje local court magistrate George Kaoma said there was no evidence that adultery was committed but ordered Mukuni to stop visiting Magani’s home even if Binyolo was still his friend.

A SIXTEEN-YEAR-OLD school boy in Kabwe accused of sexually assaulting and brutally murdering a 32-year-old woman while acting with another person has denied charges against him and insinuations that  he had an affair with her.
The court further heard that the accused’s mother had expressed concern over the purported relationship with the deceased.
This is in a case in which the offenders aged 16 and 18, both in Grade 9 are jointly facing a murder charge. They are alleged  to have murdered Annie Chabala on November 28, 2012.
During the trial, the State called seven witnesses among them Richard Phiri who testified before Kabwe High Court Judge Elita Mwikisa that on the fateful night, he saw the deceased who looked  drunk being dragged out of the bar by the two accused persons.
Another witness, Aretha Mafinga of Mine area in Kabwe told Justice Mwikisa that mother to the 16-year-old boy told her to tell the deceased who was her friend to stop enticing her son because he was too young.
And Jeff Mumba said he had heard about the love affair between the 16-year-old boy and the deceased but was shocked to be implicated in the murder.
Arresting officer, Albert Chama said he received a docket to investigate the case of a woman’s body found without underwear, with a deep cut on her stomach.  A knife is said to have been used in the act.
Mr Chama told Judge Mwikisa that it took over a month to apprehend the second accused person and later jointly arrested them for murder.
The body of the deceased was found 250 meters from the bar.
Ms Justice Mwikisa later found the two juvenile offenders with a case to answer and put them on their defence.
The two maintained their innocence and denied dragging the deceased out of the bar but said she was the one who was pulling them as she wanted to be escorted to mine market.
In their defence, the juveniles insisted that though they came in physical contact with the deceased and were the last to see her, they did not kill her.
The two said they went to the bar to play pool and watch football.
And during cross examination by the State who asked why the offenders where referring to the deceased with familiarity, the accused said it was a mistake because she was older than them.

LIVINGSTONE magistrate’s court has fined a 34-year-old man K400 for assaulting his girlfriend who he suspected of engaging in prostitution.
Magistrate Andrew Kasongo fined Alfred Kayata of house number 98, Zambezi Saw Mills in Livingstone, for account of assault occasioning bodily harm contrary to Section 248 of the Penal Code Chapter 87 of the laws of Zambia.
Particulars of the offence were that on February 6 this year in Livingstone, Kasongo assaulted Clementina Mweenda after he hit her in the face with his elbow, thereby occasioning her actual bodily harm.
Mwenda later reported the matter to Livingstone Central Police and Kasongo was later arrested.
Kasongo pleaded guilty and was asked to pay K400, K200 of which was for the State and the other K200 to be paid to the victim failure to which he would be imprisoned for a period of nine months. — ZANIS

THE Lusaka local court has heard how a 40-year-old man of Eastern Province abandoned his family in Chipata on the pretext that he was going to look for a job in Lusaka when in actual fact he was going to marry another woman.
Evidence before the court was that Noel Banda left his wife Ruth Goma and three children in Chipata in August last year to look for a job in the capital city.
However, Goma told the court that while she was sure that her husband’s trip was in the best interest of the family she later discovered that Banda had in fact married another woman in Chirundu District.
This was in a case where Goma sued Banda for marriage reconciliation after staying away from one another for six months.
The couple was married 1993 and have three children but problems in their marriage started in 2008 when Banda allegedly impregnated another woman.
Goma told the court that in 2008 her husband impregnated another woman because she could no longer conceive due to operations which she underwent after  the delivery.
Though Banda accepted  the pregnancy, he assured Goma that he would not marry the woman.
The court heard that though the woman lost Banda’s pregnancy, she later conceived again from Banda, a situation which forced Banda to marry her behind his wife’s back.
“He left me in a rented house with unsettled rental arrears, and the landlord chased me from the house,” she said. “I move from one place to other as if I was not married.”
But in his defence, Banda told the court that he loved his wife and claimed that he was not with her at the moment because he had gone to look for a job in Mumbwa.
He said the problem with his wife was that she did believe that he went to Mumbwa to look for a job but she thought he went to Chirundu to stay with another woman.
He claimed that while it was true that he had married another woman, he insisted that Goma was aware about the second wife.
Local court magistrate Morgan Kayunika, sitting with Dennis Mpundu, told Banda that it was not fair to make his wife go through such trauma and ordered him to immediately go back home and take care of his family.