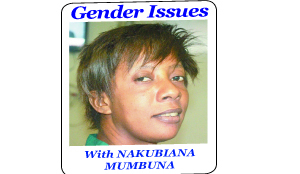 THE only message that needs to reach some of the men-folk following the scalding of a Lusaka woman by her husband is the need for men to respect their wives and, most importantly, to love them dearly.
The ‘key’ words, however, to note in the above statement are ‘some men’.
Admittedly, it will be wrong to categorise all men, as there are some out there who just have ‘beautiful minds’ who not only demonstrate so much respect for their wives but love them unconditionally.
However, there are others whose attitudes and actions towards their wives cannot be described in one word, probably for a lack of a better term ‘Pathetic’ best suits them.
Seriously, how can one best describe a man who decides to cook his wife by pouring hot water on her after a misunderstanding?
Indeed, the action by the Lusaka man who poured hot water on his wife after a misunderstanding leaves much to be desired.
However, those with ‘beautiful minds’ who in other words can only be described as ‘real men’ sit down in wisdom to dialogue over matters affecting their relationship while those whose character lives much to be desired are quick to point an accusing finger.
The principle in any relationship between a husband and wife is respect which, if lacking, will yield no positive results.
In fact, those with little or no respect at all go to the extent of shamelessly attacking their defenceless wives to an extent of scaring them for life.
Surely, those that saw Mary Nanyangwe on TV2 news following the attack would agree that her husband did not only have evil motives but had no respect for her despite sharing his life wi@th her for 14 years.
Ms Nanyangwe was scalded by her husband by pouring hot water on her following a  misunderstanding.
However it was gratifying to hear that the police have since pounced on the man and he is currently in custody.
Ms Nanyangwe must also be commended for her bold decision not to continue with the marriage for indeed there is no reason to put one’s life on the line for someone with little regard.
To this end, there is need for us women to appreciate ourselves and ensure that no one person degrades us to feel worthless. Her decision should surely be commended.
However, it is important to note that wives or women in general have since time immemorial played a part in their families and continue to do so.
Frankly speaking, wives and/or women are tolerant and continue to be so to an extent that they sometimes risk their lives for the sake of their children and saving their marriages.
However, despite what most go through, they are still treated like dirt.
In fact, it would be correct to say that women do double jobs in the sense that despite them having full-time jobs or running around here and there, they still run their homes perfectly.
It cannot be disputed that wives are indeed the engines of a home, yet they are still treated like ‘Trash’ by some husbands.
To this end, a number of men will agree that they become strangers in their own homes when the lady of the house is not there.
However, despite all what wives and/or women do, all they get in return from some husbands is “Why did you do this and this or I do not want to hear this again or if you do not do what I have told you to do, you will hear from me.”
The accusations and orders from some husbands are usually just endless.
It is against this back ground that the calls on some men to reciprocate, appreciate, respect and love their wives are timely.
To this end, as the world celebrates International Women’s Day next week, our appeal to the men-folk is to join their wives and women in general in celebrating this day.
Let this year’s International Women Day marked the beginning of the journey in appreciating these noble human beings called ‘wives’.
Really, taking them for dinner, buying them flowers or appreciating them in any other way will just be great.
Let’s save that money meant for those ‘Lagers or a bottle of Jack Daniels’ the coming weekend to give a treat to that special woman.
After all these are the women who treat you (husbands) in a special way each calendar day of the year, thus from making breakfast in the morning to making sure you (husbands) look spick and span.
To fellow women, I wish each one a happy International Women’s Day and, remember, no one person should make you feel you are worthless.
For comments nanamufaya@gmail.com