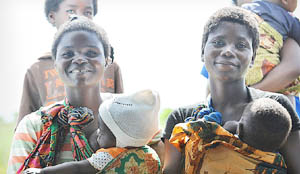 By MIRIAM ZIMBA-
APPROXIMATELY every two minutes, a woman dies during pregnancy or child birth.
However, most of the causes of maternal deaths are highly preventable.
In Zambia alone, there are an estimated 600,000 births, with about 2,600 maternal deaths and about 20,200 infant mortalities.
According to the Saving Mothers, Giving Life website, maternal and newborn deaths are largely preventable and are indicative of inaccessible and poor-quality health care facilities, inadequacies of the health system, and low demand for and utilisation of maternal and newborn health services.
For example, although 94 per cent of Zambian women have at least one antenatal care visit, only 48 per cent of women give birth in a health facility.
Saving Mothers, Giving Life, which is currently being piloted in four districts namely Kalomo, Lundazi, Nyimba and Mansa, is supported by the United States government.
This programme is rapidly implementing the Maternal and Newborn Health Roadmap between 2007 to 2014.
The Saving Mothers, Giving Life partnerships has revealed improved maternal outcomes in the pilot districts of Zambia with the number of women dying during pregnancy and childbirth sharply declining.
The United States Agency for International Development (USAID) first annual report revealed a 35 percent decrease in maternal mortality reduction in target facilities in Zambia within the first year of the programme’s operation.
The Saving Mothers, Giving Life aims at strengthening the health systems efforts to reduce the number of preventable maternal deaths.
USAID administrator Rajiv Shah is elated by the progress recorded by the programme since its launch.
“We are excited to report such clear progress just one year after launching Saving Mothers,” he said.
“There is, perhaps, no better model for us than Saving Mothers, Giving Life, which—at its core—exemplifies our commitment to ending preventable child and maternal death around the world,” Dr Shah added.
The high rate of women dying from complications of pregnancy and childbirth remains an urgent challenge in sub-Saharan Africa, where many maternal deaths occur.
The report indicates that the Saving Mothers, Giving Life approach – an intensive, effort to strengthen health services focused on the critical period of labour, delivery, and the first 48 hours (postpartum) – can produce impressive and quick results in saving women’s lives.
Reducing maternal mortality is considered particularly important, as it is regarded as an indicator of the overall functioning of health systems.
The Zambian Government is also impressed with the results of the programme .
“In the first year of Saving Mothers, interventions like health worker training, infrastructure improvements and linkages to transportation have helped save women’s lives,” Ministry of Community Development, Mother and Child Health Permanent Secretary Elwyn Chomba said.
“The pace and scale of this work will go a long way in helping Zambia meet its targets for reducing maternal mortality”, Professor Chomba added.
According to an evaluation led by the Centers for Disease Control and Prevention (CDC) and USAID, Saving Mothers interventions have generated a range of positive outcomes associated with improved maternal health outcomes.
Some of these include a rise in deliveries at health facilities, which has increased by 35 per cent in the areas the programme is operating, as well as 100 per cent increase in facilities offering emergency services in Zambia.
Other outcomes include expanded testing and treatment for HIV, with 18 per cent increase in treatment for the prevention of mother to child transmission (PMTCT) of HIV.
Saving Mothers, Giving Life is a five-year public-private partnership working to save women’s lives from complications of pregnancy and childbirth by strengthening health services in countries facing high levels of maternal mortality and HIV.
Through Saving Mothers, HIV and maternal and child health platforms are being leveraged and further integrated to accelerate results and save more lives.
The Saving Mothers, Giving Life was launched by United States (US) former Secretary of State Hilary Clinton in June 2012, and its
leadership includes the US Government, the Government of Norway, and the Zambian government among others.