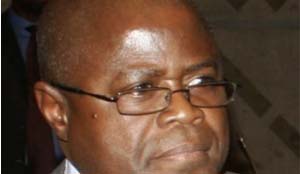 By MAIMBOLWA MULIKELELA-
THE Government is on the verge of concluding negotiations on the procurement of cheap petroleum products from Saudi Arabia, which will help to lower the cost of fuel pump prices in Zambia.
A team of technical experts from the Ministry of Finance will soon travel to Saudi Arabia for a meeting aimed at cementing the bilateral agremements on the importation of petroleum products.
Mines, Energy and Water Development Minister Christopher Yaluma said it was the intention of Government to lower prices of fuel in the country, hence the need to secure cheaper sources from countries such as Saudi Arabia.
Mr Yaluma said in an interview in Lusaka that, Government wants to bring down the price of fuel to manageable levels to make it affordable to majority of Zambians.
“A team of experts from the Ministry of Finance will be led by the permanent secretary to go and finalise discussions with the government of Saudi Arabia to see if we can get the best deal from that country.
“I was in Angola recently to discuss the same oil deals and we are now going for more negotiations with Saudi Arabia and we hope to get the best value,” Mr Yaluma added.
The minister said the Government had no intention of liberalising the fuel sector to allow oil marketing companies (OMCs) enter into direct importation of finished petroleum products.The Government cannot give up the current monopoly in the importation of fuel because this will allow distortions in the pricing of the commodity.
He said it was important for Zambians to understand that fuel price increases were market driven and that, the Government had no intention of reintroducing fuel subsidies.
Last week, the Energy Regulation Board increased pump prices for fuel by 7.22 per cent for petrol and 8.75 per cent for diesel.
The new uniform pump price per litre is K10.63 from K9.91 for petrol while diesel has gone up to K10.01 from the previous K9.20, with Kerosene prices increasing  from K6.83 to K7.48.