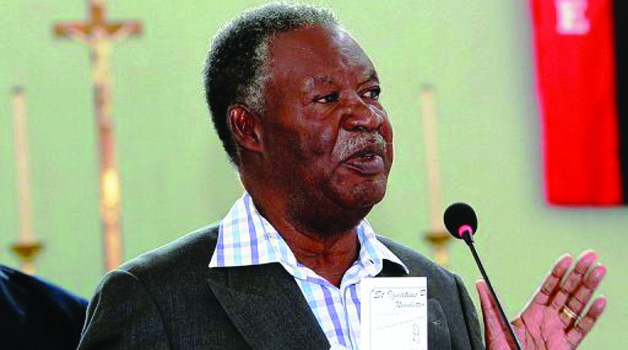 VICE-PRESIDENT Guy Scott has told Parliament that President Michael Sata is in Israel for a private working holiday and Israeli President Shimon Perez is aware of the visit and is scheduled to meet with the Zambian Head of State in due course.
Dr Scott said President Sata’s schedule in Israel would be combined with sight-seeing, relaxation and business meetings.
Dr Scott told Parliament that President Sata was in Israel on a private working holiday and not a State visit as being portrayed by some sections of society.
“Unfortunately, it is also asserted that he (President Sata) is doing this at the invitation of the Israeli President Mr Shimon Perez. This is misleading because President Sata is not there on a State visit but on a private working holiday.
“Of course, the Israeli President is aware of President Sata’s presence in Israel and will no doubt meet him when it will be convenient for both leaders. Meanwhile, President Sata will be combining sight-seeing, relaxation and business meetings,” Dr Scott said.
The Vice-President was responding to a point of order raised by Monze Central United Party for National Development (UPND) Member of Parliament (MP) Jack Mwiimbu, who asked the Speaker to compel the Government to issue a statement on the President’s whereabouts to avoid speculations and innuendos during Tuesday’s parliamentary session.
Dr Scott said it was unfortunate that Mr Mwiimbu did not give verbatim quotations or specified media sources that he had perused and that it was difficult for him to be highly specific in his response.
The vice-president said the Press statement which he was part of when it was drawn on Saturday and issued by acting Minister of Information and Broadcasting Services, Mwansa Kapeya on Sunday confirmed that Mr Sata was visiting Israel on a working holiday.
“That is all I can say without entering into the fantasy world of the Zambian social media and its necrophiliac correspondents and editors,” Dr Scott added.
During follow-up questions to Dr Scott’s response, Mr Mwiimbu said the answer provided would actually fuel further speculation pertaining to the President’s visit, especially that it was not made public at the time of departure.
However, Dr Scott said that it was not the standard practice for every president to go with journalists wherever they visited.
Meanwhile, Deputy Speaker of the National Assembly Mkhondo Lungu yesterday curtailed questions by the opposition MPs wanting to find out about President Sata’s health, saying the questions should be focused only on the President’s whereabouts and not his health.
Mr Lungu said he would not allow inquiries about President Sata’s health as doing so would be going against last Friday’s ruling by Speaker of the National Assembly Patrick Matibini who curtailed questions on the Head of State’s health.
Those making inquiries about President Sata’s health were MMD MPs for Mafinga and Mumbwa Catherine Namugala and Brian Chituwo, respectively.