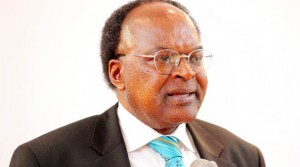 By JAMES KUNDA-
THE Bank of Zambia (BoZ) says the past six weeks have seen some stability return to the financial sector, as a direct result of the measures undertaken to contain inflation and stabilise the foreign exchange market.
BoZ Governor Michael Gondwe said that the Kwacha had appreciated to its current levels of around K6.1 per United States (US) dollar, from more than K7 a dollar at the most extreme point of its depreciation.
This is according to a statement made available yesterday by BoZ assistant director-communications, Kanguya Mayondi.
Dr Gondwe said that it was the view of BoZ that the measures taken to restore stability in the financial sector were temporary and would be scaled back when it got more evident that the threats to higher inflation had receded.
This, he said, would be done in a measured way to ensure that the country did not see a return to instability in the financial markets that was witnessed earlier in the year.
Dr Gondwe said that the Monetary Policy Committee would meet next month, to assess the threats to inflation, as well as review a wider set of factors that include developments in the money and foreign exchange markets and growth in the broader economy.
He said notwithstanding the positive response in the foreign exchange market and the beneficial impact on inflationary pressures over the medium term, one of the consequences of the tightening of monetary policy was a sharp rise in the interbank interest rates.
“In this regard, with the stability we are now seeing, the Bank of Zambia has begun to ease liquidity conditions by providing liquidity to the banking system through Open Market Operations,” he said.
Dr Gondwe said that in the short term, interest rates had risen reflecting not only the recent tightening in monetary policy, but more fundamentally the higher Government borrowing necessitated by strong infrastructure investment.
This investment, he said, was critical in order to ensure that economic growth was sustained and that it led to greater employment, the reduction of poverty and inequality.