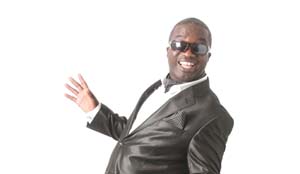 ILLUSTRIOUS and award winning comedian Bob Nkoshya’s Dorika Reloaded comedy epic started screening yesterday at Lusaka’s Mulungushi International Conference Centre.
In an interview with the DStv Entertainment, Bob confirmed that the shows will go on until tomorrow (Saturday).
The multi-talented director, script writer, actor and business executive is urging his fan base to troupe in numbers to quench their laughing hunger.
Nkoshya says patrons intending to attend the shows can purchase their tickets at Shoprite chain stores.
In 2011, Nkoshya, an M-net stand up comedy award winner and his contemporaries offloaded a stand up comedy DVD titled Dorika and the Big Dudes which continues to dominate on many people’s lips whenever his name is mentioned.
Some of his die-hard fans in the country say he is the Trevor Noah (South African top comedian) of Zambia.
The comic video was released under the Bob Nkoshya and Associates in partnership with Zambia National Broadcasting Corporation (ZNBC), MTN and SBM Boutique.
The Dorika and the Big Dudes is a collection of past stage performances by Nkoshya and four other local comedians.
The Big Dudes comprised Patrick Salubusa popular known as Saulosi from ZNBC’s Ifyabukaya Radio one Bemba programme, Isaac Chamba,  Aubrey Luo and Joseph Simukonda who acted in the Copperbelt produced “Loose Ends” soap programme.
Nkoshya features prominently in the one-hour 40 minute dorika and the Bigh Dudes DVD and opens with a performance in front of a live audience filmed at the popular Lusaka Play House during the ‘kings of comedy’ show.
He later appears in the play as Dorika, a prostitute that shares unique experiences on her lifestyle.
Whenever he has been staging performances, comedy lovers always get intrigued with Nkoshya’s  creepy sense of humour, especially when he portrays himself in plays as a woman, a feat that normally sends fanslaughing their lungs out.