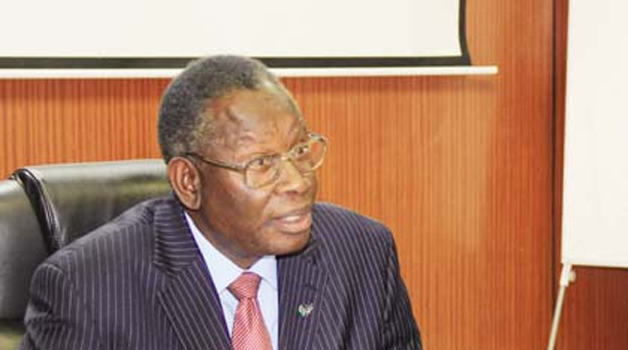 By CHARITY MOONGA –
PARLIAMENT heard yesterday that the Government has set aside K106,142,459 as a comprehensive Ebola virus disease epidemic preparedness budget.
In a ministerial statement made in Parliament yesterday, Health Minister Joseph Kasonde said the Government had set aside the funds towards Ebola preparedness and awareness campaign throughout the country.
The minister, however, said that Zambia had not recorded any case of Ebola since the disease broke out.
“Our surveillance system has detected a number of suspected cases or rumours. So far seven specimens have been subjected to laboratory testing and these have all tested negative for Ebola virus,” Dr Kasonde said.
He said a travel advisory had been put in place and there was rigorous screening of people entering Zambia, especially the ones that were coming from Ebola-infected countries.
Dr Kasonde said Zambia was at risk of importation of Ebola from the affected countries because of the ease of modern travel and the extent of the outbreak, which had affected more than 4,000 people.
He said that the Ebola virus disease outbreak was still on the rise with approximately 48 per cent of the total number of cases having been reported in the last 30 days.
Dr Kasonde said the Government had since put up an appropriate legal framework through Statutory Instrument number 49 of 2014 and started sensitisation at provincial health offices and the major points of entry.
A national epidemic preparedness prevention management and control committee had put Ebola top of its agenda.
Dr Kasonde said two infra-red thermal scanners had been set up at major airports and in an additional four international airports while Mwami, Kasumbalesa, Nakonde, Mpulungu, Nchelenge and Katimamuolilo borders had been equipped with hand-held thermal scanners.
The ministry had also purchased protective equipment and is working with the African Union (AU) and the Southern African Development Community (SADC) to review the regional response to Ebola virus disease.
Dr Kasonde reaffirmed the Government’s commitment to do everything possible to prevent the importation of Ebola into the country.
Mafinga MMD MP Catherine Namugala urged the Government to ensure that the funds meant for Ebola virus prevention were used for the intended purpose.
Liuwa MMD MP Situmbeko Musokotwane said people in his area were still ignorant about the Ebola outbreak despite the Government having started the sensitisation campaign.
Lupososhi PF MP Chungu Bwalya urged the Government to heighten prevention of the disease in border areas.
On the drugs to fight the disease, Dr Kasonde said the Government was still facing a challenge in curative drugs for the disease.
“We have a lot of difficulties on the Ebola cure as no evidence of the drug has been found except blood which has been transfused and two vaccines that were being considered,” he said.
The Government will, however, monitor the development of the two vaccines and use them as soon as they are confirmed to work.
Earlier, newly-elected Vubwi PF MP Margaret Miti took her seat in the House.
And Speaker of the National Assembly Patrick Matibini announced that he had appointed nine members under the Standing Orders Committee for this session.
Among the members appointed are Dr Guy Scott, Mr Yamfwa Mukanga, Ms Catherine Namugala, Mr Raymond Mpundu and Mr Highvie Hamududu.