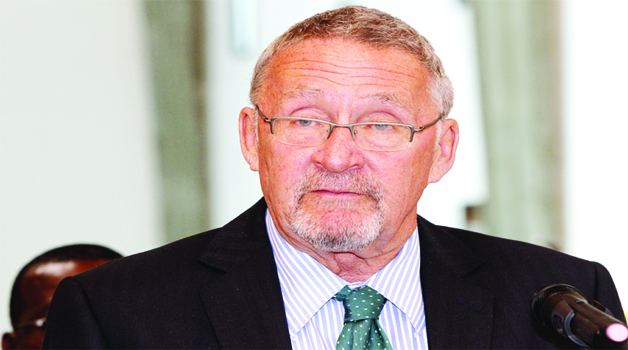 VICE-PRESIDENT Guy Scott has maintained that mealie-meal prices will go down as soon as the maize purchasing exercise is completed.
Responding to a question by Nalikwanda MMD MP Geoffrey Lungwangwa in Parliament, Dr Scott said mealie meal prices in Zambia were not as high as they were being portrayed by some opposition members of Parliament.
Professor Lungwangwa had sought to find out what the Government was doing about mealie meal prices that had gone up as high as K90 in some parts of the country.
But Dr Scott said the Government did a survey with the Jesuit Centre for Theological Reflections (JCTR) and established that mealie-meal prices in most parts of Zambia were below K70.
The Vice-President urged MPs to ensure factual information was brought to the House at all times. This was during the Vice-President’s question and answer session.
Dr Scott also informed the House that seven heads of State and Government were scheduled to attend this years’ Golden Jubilee celebrations in Zambia.
He was responding to a question from PF Bwacha MP Sydney Mushanga who wanted to know which dignitaries would attend the Golden Jubilee celebrations this month.
On the Constitution, Dr Scott told the House that Justice Minister Edgar Lungu had continued to dialogue with stakeholders on the way forward over the Constitution.
Kabwata PF MP Given Lubinda sought to know what was holding back the cleaning up of Lusaka city despite the issue having been resolved more than three years ago.
Dr Scott said it was sad that there were some people in some parts of Government who were not performing their duties and instead were used to a culture of attending ‘workshops’.
Meanwhile, Deputy Speaker Mkhondo Lungu has asked Foreign Affairs Minister Harry Kalaba to give a ministerial statement on what transpired at the United Nations General Assembly to the House by Wednesday next week.
This followed a point of order raised by Chadiza MMD MP Allan Mbewe who wanted to find out if Mr Kalaba was in order to remain silent after returning from the General Assembly.
The House also heard that Times of Zambia workers were owed K8,945, 618.71 in salary arrears as at August, 2014.
Information and Broadcasting Services Deputy Minister Poniso Njeulu said this in response to a question by Chipili PF MP Davies Mwila who wanted to know how much money Times of Zambia workers were owed as at August 2014.