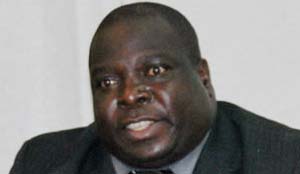 And Mulenga said Government would set up a board that will coordinate the operations of the various stadia in the country by coming up with income generating projects unlike leaving the management of such facilities to individuals.

Speaking when he toured the completed Heroes National Stadium adjacent to the Independence Stadium yesterday, Mulenga said there was need to have a proper management of the stadia across the country.

Mulenga expressed happiness with the works done on the facility ahead of inspection by the Confederation of African Football (CAF) officials following Zambia’s bid to host the 2019 Africa Cup of Nations finals.

He said the stadium could host Zambia’s golden jubilee celebrations this year.

Mulenga further said Government expected the water and electricity challenges to be addressed before handover.

“My visit here was to ascertain as to whether we can receive the stadium from the contractor in February. I think 99 per cent of the work has been done. The pitch and building are very ready. We need to take good care of such facilities and this is why Government wants to put up a board unlike leaving the operations in a few individuals who won’t be responsible.