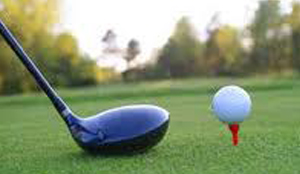 ZGU honorary secretary, Kelly Munsaka confirmed the admission of Mkushi as the new member of the national golfing family.

Munsaka said in an interview in Kitwe yesterday that Mkushi applied to ZGU last year to be part of the union’s affiliate members and the national golf governing body decided to admit the Central Province-based club.

He said at the last ZGU executive committee meeting, the union resolved to accept Mkushi’s application and had since communicated to the club members.

“Mkushi applied last year to be part of the ZGU family. At our last ZGU executive committee meeting, we resolved to accept Mkushi’s application with pleasure. We have also communicated to them (Mkushi) the good news and they are happy,” he said.

He said ZGU was now trying to find a suitable date on the 2014 calendar for Mkushi to host its inaugural Open championship.

“With the admission as our 23rd affiliate, we hope to expose some of the untapped golfing talent from Mkushi. We shall also see how to squeeze them into the 2014 calendar to enable them host an inaugural tournament,” Munsaka said.