By JUDITH NAMUTOWE –
THE Bank of Zambia (BoZ) has awarded more than eight financial institutions for outstanding participation in the 2015 financial literacy outreach week in various categories.
The categories include appreciation, recognition and the School Coin-A-Thorn which are aimed at encouraging participants to be more proactive. 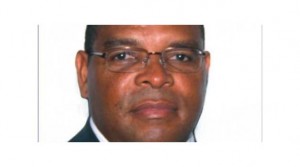 The deserving institutions received the awards during a ceremony which was graced by BoZ Governor, Denny Kalyalya, in Lusaka on Wednesday.
Those awarded include the Zambia National Building Society (ZNBS) which was awarded for introducing the new product dubbed Baby Wallet account and having launched it during the financial literacy week.
Cavmont Bank was honoured for launching its Imiti Ikula account, while Zanaco, Finance Bank Zambia, First National Bank, Natsave, Barclays Bank and Stanchard Charted Bank  were recognisided in various
categories.
In the School Coin-A-Thorn, Mary Queen of Peace walked away with K5,000  for having collected  coins weighing 48 kilogrammes (KGs), while Matero Girls and Matero Boys Secondary schools received K3,000
and K1,500 for collecting coins weighing 42.5 kgs and 31 Kgs respectively.
Dr Kalyalya urged participants to continue being the central bank’s active partners in the financial education agenda.
“We note that everyone put in their best but for all other partners that may not be given an award this evening, we wish to strongly  urge  you  not to be  discouraged,” he said.
Dr Kalyalya urged financial sector players to step up the financial literacy week awareness campaign efforts, especially for children, as part of their Corporate Social Responsibility (CSR) budgets.
He urged financial institutions to adopt schools where they could support the provision of  financial literacy lessons as part of the extracurricular activities.