By SYLVESTER MWALE –
TRANSPORT, communications, Works and Supply Minister Yamfwa Mukanga says all the road projects that have stalled due to lack of funds will resume in the next few weeks. 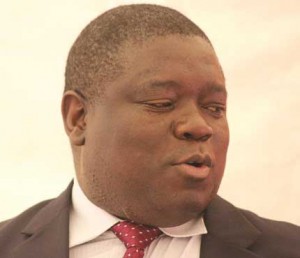 Mr Mukanga said while it is true that some projects have come to a halt due to lack of money, the Government remained committed to complete all the projects that were started under late president Michael Sata.
The Government embarked on a five-year ambitious road construction project under Link Zambia 8000 in 2012 which is expected to be done in three phases at a cost of more than US $5.5 billion.
The first phase – a construction of 2,290 kilometres of road at about US $1.5 billion – had been in full force in different parts of the country until recently.
There has also been Pave Zambia 2,000 as well as Pave Zambia 2000 and the L-400 road projects aimed at galvanising and modernising Zambia into a land-linked country.
However, there have been widespread concerns and speculations that many road projects have stalled while others have been abandoned because the Government has not paid the contractors.
Recently Paramount Chief Mpezeni of the Ngoni people in Chipata District cited Chipata-Vubwi and Chipata-Chadiza as one of the projects that have suffered abandonment by contractors.
But Mr Mukanga told journalists in Lusaka soon after attending the Good Governance in Roads Project public event organised by the World Bank that the Government has not backpedalled on its vision and commitment.
“Just give us a few weeks, we will be back on track; yes we have had some financial challenges in the recent past but everything should be in place soon,” he said.
“We have been liaising with the Treasury and we are confident that soon we will have full operations in all the projects that have stopped.” He said the Government was also considering going into private public partnership in the construction of roads so that contractors could get their money after completing the works.
Meanwhile, World Bank country director Kundavi Kadiresan has called for strong monitoring mechanism in road construction projects to enhance quality work by contractors.
The World Bank has been piloting Good Governance in Road Project (GGRP) in four provinces aimed at providing necessary information to the community that would allow the people to take part in the monitoring of the road works.
It was implemented by some civil society organisation and the media where participants used monitoring tools and demanded disclosure of contracts between the government and the contractors.
“This project has proved in provinces where it has been implemented that it helps to get value for money, and I hope you can consider providing funding so that it can be used countrywide,” Ms Kadiresan said.