By ADRIAN  MWANZA –
THE clergy have denounced witchdoctors claiming that some men of God are using black magic in order to attract membership to their churches.
Doctor Yesaya from Chadiza said last week some well-known clergy men had been approaching him to try and get charms for them to deliver people from evil spirits and acquire wealth.
‘Doctor’ Yesaya claimed that he gave these men of God a charm called Chikoka, which they used to attract more church members to their churches. 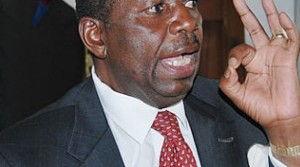 But former Church of God overseer Bishop John Mambo warned some clergy who were in the habit of going to traditional healers to get charms to desist from the practice.
Bishop Mambo said it was unfortunate that some pastors consulted witchdoctors whenever they wanted to have more people attend their church services.
He was commenting on a story in last week’s Sunday Times where a herbalist claimed that some well known clergy men were frequenting traditional healers to get charms that would bring them prosperity.
Bishop Mambo urged the witch doctors to be bold enough and name the culprits putting the name of God in contempt and disrepute.
“I am urging the witch doctors to be bold enough and come out in the open so that the culprits are named in order for them to stop putting the name of God in disrepute,” Bishop Mambo said.
He said it was unfortunate that most clergy men were concentrating on prosperity and wealth instead of preaching the word of God.
Bishop Mambo warned Zambians to be careful with people masquerading as clergy men when in fact they were worshipping the devil.
“I am warning Zambians to be careful with some pastors who masquerade as clergy men but actually worship the devil,” he said.
Bishop Mambo said there was no way the Church could mix issues which involved witchcraft and other satanic practices.