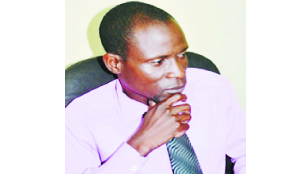 DESPITE disease outbreaks and skyrocketing prices of feedstocks in the livestock sector, the poultry industry has managed to stay afloat and continue to register significant growth of the years.
It is one of the best performing industries in the livestock sector showing resilience over the last 10 years.
Budding from a backyard activity over the last years, the industry turned to be a large-scale integrated business, with annual poultry doubling production of chicken from 13 million to 43 million.
As a consequence, the poultry industry is currently contributing 42 per cent to livestock agriculture making it the largest in the country.
The rise in prices of beef and other protein enhancing products has helped boost demand for chicken products in the country.
Chicken is currently the widely consumed meat product in Zambia, totalling an estimated 50 per cent of total meat consumption, followed by beef at 28 per cent, pork and fish at 16 per cent and other meat products at six per cent thereby raising production.
Improvement in technology such as incubators, hatcheries and feed production has also significantly engineered the growth of the livestock sector.? In terms of job creation, the sector provides direct income and employment for an estimated 80,000 people of which 50,000 are permanent while 30,000 are seasonal jobs with current annual? investment reaching more than US$80 million.
The Poultry Association of Zambia (PAZ) projects the sector will grow more than 80 million birds in the next few years due to the rising demand of the day-old chicks.
PAZ executive manager Dominic Chanda notes that the sector is expected to grow more than 80 million birds due to the number of new entrants into the sector.?“In the past 10 years, we have seen huge investment coming into the country and if you look at statistics, last year alone, the sector produced close to about 68 million day-old chicks and about 150 million eggs,” Mr Chanda says.? This meant that the broilers sector grew by almost 21 per cent, with the egg sub sector growing to about 16 to 18 per cent.? This has been attributed to the good policy environment by the Government.
Mr Chanda says the industry was growing because of the demand that was arising from the growth of the middle income status, adding that the prices of poultry products were cheaper hence making it affordable to low income earners.
However these positive achievements scored by the industry are without hurdles.
The rising of feed prices attributed to the local currency volatility is sharply threatening the growth rate of the poultry industry with stakeholders worrying that the increase in chicken feed was likely to push some poultry farmers out of business if there are no measures to reduce the impact.
Prices of feed have been on the rise since the first quarter of the year following an upward adjustment in prices of key ingredients as well as the depreciation of the Kwacha against major convertible currencies.? Among the reasons cited by the feed producing companies has been the depreciation of the local currency, further contending that most of the transactions by companies are quoted in United States Dollars translating into a rise of about 10 per cent in prices.? In its quarterly publication,
PAZ says small scale poultry farmers could fail to continue meeting the increased production costs.
Adding that the rising costs of feed have left a lot of small and medium poultry farmers considering suspending their farming operations.
“It has been predicted by industry players that if the present crisis is not addressed and the market forces do not control the situation, a lot more farmers may be forced out of the market, which may result in reduced supply of eggs and chickens,” the PAZ publication states in part.
PAZ national chairperson, Rhodnie Sisala shared concern on the unprecedented price rise of key ingredients to poultry production.
Feeds account for 75 per cent in the production of poultry products, either eggs or birds; hence the increase in the price of feed calls for concern.
However, Mr Sisala has assured that the increase in prices of feeds would be minimal and that the industry would continue to offer affordable forms of meat compared to other meat products.
“The increase is regrettable, the prices of feedstock has been going up especially in the first quarter of 2015, which may prompt poultry farmers to increase the prices of chicken products although the increase is expected to be minimal due to current production levels,” he said.
Mambwe Chambula a ‘backyard ‘poultry farmer in Ibex Hill Extension says the rise in the production cost would negatively affect small -scale poultry farmers.
“The development will adversely affect small players in the poultry industry, because if you look at the average percentage it is quite high,” Mr Chambula whose farm was financed by Citizens Economic Empowerment Commission (CEEC).
Mr Chambula who rears more than 800 layers, however states that the poultry business would still be viable due to the demand of chicken products which was likely to offset the production costs.
There must be a solution to the high cost of livestock feeds in the country so that the prices of chicken products do not increase beyond the reach of most low income earners.
Zambia National Farmers’ Union president Evelyn Nguleka suggests that Government should scrap-off duty on imported feed ingredients to stabilise the cost of poultry production.
“There is need to zero-rate import duty on major ingredients so that prices for chicken products do not rise due to the cost of production exacerbated by the rise in feed products,”
Dr Nguleka said.? Regardless of the challenges in the poultry industry it is expected to remain viable looking at current demand and competition levels.