By CLEVER ZULU
GOVERNMENT says it has learnt with shock and sorrow the death of a Muvi Television journalist, Priscilla Phakati, three German doctors and a driver, who died in a road traffic accident in Southern Province. 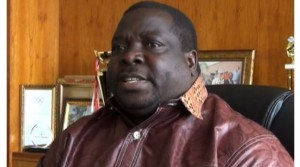 Chief Government spokesperson and Information and Broadcasting Services Minister Chishimba Kambwili said, “It is painful that the quartet died while on a charitable mission to deliver health care services to locals in the area.”
Mr Kambwili said in the case of late Ms Phakati, death has robbed the nation of a young and brilliant talent that held a lot of promise in her journalism career.
“On behalf of the Government, and on my own behalf, I convey deep-felt condolences to the bereaved families on this sad loss,” he said.
Government has also conveyed its condolences to the Government of Germany on the death of the three volunteer medical doctors who were on a medical humanitarian mission in Southern Province when the accident occurred.