By JUDITH NAMUTOWE –
THE Zambia Development Agency (ZDA) has emerged second winner of the 2014 Best Investment Project in the Southern African region at an Annual Investment Meeting (AIM) held in Dubai.
The ZDA was recognised for accomplishments in attracting sizeable investment projects and contributing to economic growth and development the local market. 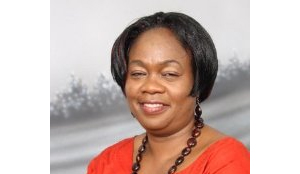 ZDA communications and public relations manager, Margaret Chimanse said this in a statement issued in Lusaka yesterday.
“The AIM in awarding ZDA extended its commendations for recording success and recognised its constant effort in improving the economy and the lives of the Zambian people,” she said.
Ms Chimanse said the criteria for the award was based on the size of investment, levels of job creation, innovation and technology transfer, exports and import substitution.
The meeting was hosted by the UAE Ministry of Economy from March 30 to April 1, this year and aimed at enriching institutional, corporate and individual investors with a comprehensive view of the investment environment in high growth regions.
For the third consecutive year, the AIM delivered the Investment Award, which recognized others criteria based on local linkages, sustainable development and eco-friendly.??The AIM was established as the new staple for foreign trade and Foreign Direct Investment (FDI).
It attracted a mix of high profile government officials, private sector owners and project promoters from across the globe.??The event was seen as an effective platform for inclusive growth to raise incomes and living standards for countries in general, by accelerating the productivity of their companies and support development.
This could only be achieved through building new connections with the global economy and attracting FDI that brought with it new technologies.