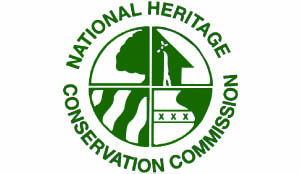 Did you know that dead animals and plants can petrify if exposed to certain environmental conditions for a very long time?  Well, the Chirundu Fossils Forest and the North Luangwa Valley are amongst Zambia’s best evidences of this phenomenon.
Petrification is the process of turning living organic material into stone.
This process takes place when the molecules in an organism are replaced with the molecules of a mineral.
Another process which is often confused with petrification is known as permineralisation.
It should however be noted that the two are different in that not all original matter is turned into stone during permineralisation. Permineralisation is usually the first step in the petrification process.
The pores of the organism are filled with minerals in permineralisation but the tissue of the plant or animal are still intact and are not replaced with minerals. During Petrification the wood decays in a hot, silica-rich environment.
As each molecule of wood decomposes and is carried away, it is replaced by a molecule of silica.
Eventually the replacement is complete, with the mineral impurities in the silica being responsible for an array of beautiful colors in the final product.
Once silicification is complete, there is no organic material remaining, but since in some occasions the light and dark portions of the tree’s growth rings may decay at different rates, hints of the tree rings may be preserved if the minerals present change over time.
During a certain period in the ancient times in some areas in Zambia, which are dry-lands used to be under water and in some cases the present very dry-hot areas were exposed to temperate wet climatic conditions.
Mr. Kagosi Mwamulowe, a Paleontologist (Fossil specialist) observes that the Chirundu area was once exposed to wet stormy and flooding conditions which supported an ecological system (conifer-like vegetation) of the Temperate Region.
This system comprised gigantic trees which grew up to about 20meters high and girth diameter of up to about 1.5metres.
The stormy weather conditions led to the sudden falling of these trees in mass which were rapidly buried sediments in these flooding conditions and thus led to their preservation in a form of rocks with an appearance of organic tree trunks.
This happened about 150 million years ago.
He further stated that in a similar way, the Luangwa valley was exposed to comparable conditions during the Triassic and Jurassic times (i.e. about 250 to 150 million years ago) when mammal-like retails flourished in the North Luangwa National Valley which is now a National Park that no longer supports this wildlife type as it is extinct due to major changes in the environment.
Recent research has revealed that these mammal-like or vertebrate creatures are in many respects related to those found in the Ruhuhu Valley in Tanzania.
It is important to note that fossils are mostly found in sedimentary rocks and in the case of Zambia, the Karroo sedimentary rock formations which were formed at almost the same time as those in the Karroo Basin in South Africa  and hence the name Karroo.
The significance of this, according the heritage expert, is that this information is important to Zambia and the rest of the world in that it helps in the interpretation and understanding of the significant stages in the development of the earth.
It also brings to light the fact that the theories learnt in geography and geology sessions are not a fallacy but reality.
Furthermore, the Chirundu Fossil Forest has unique palaeontological and geological resources in terms of the expanse of the area it covers and the size of fossilized or petrified tree trunks that are found there.
These are used as environmental indicators of the type of climate and ecology that prevailed during that time and how it has changed to the current scenario.
The coniferous trees that grew then are no longer found there; the current vegetation being mopane woodland which is characteristic of hot areas and valleys.
The deduction therefore, is that the climate then was like that of Temperate Regions, a very unique scenario that may not have occurred anywhere in the world.
The current Law on heritage in Zambia which is the National Heritage Conservation Commission Act Chapter 173 of the Laws of Zambia identifies and protects fossils as any plant or animal specimen which has hardened into rock-like form, by the absorption of chemicals.
Therefore, no person shall without the written consent of the Commission collect or remove from original site any relic or part of it as these are public properties which deserve to be protected for public enjoyment and education.
The Chirundu fossil-bearing sedimentary rocks have alternating bands of coarse and very coarse aggregates.
That, coupled with annual growth, suggests that there were unique seasonal variations during the Karoo times.
It is therefore important that all Zambians should conserve such treasure so that the present and the future generation can benefit from it.
Thus heritage is not ours but that it is borrowed from our children and their great grand children.
So, think twice before you pick or destroy that fossil!