By MAIMBOLWA MULIKELELA –
ZAMBIA’s public debt is sustainable in the medium to long-term due to strong macroeconomic performance that the country has experienced, Secretary to the Treasury Fredson Yamba has said.
Meanwhile, Government will put in place contingency plans to mitigate liquidity risk at the time of maturity of the US$750 million and $1 billion sovereign bonds. 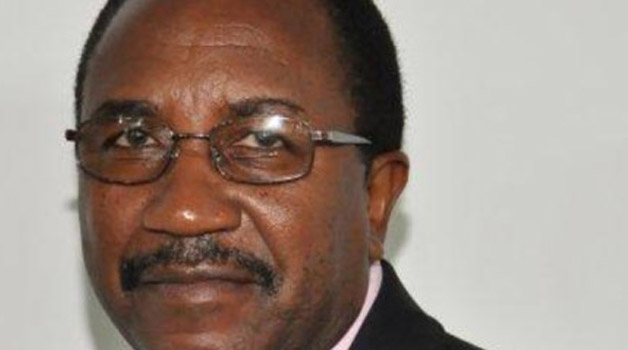 Mr Yamba said the 2014 External Debt Sustainability analysis results indicate that Zambia’s total public debt external and domestic remains sustainable under the current policy scenario.
He said this in Lusaka yesterday during the launch of Zambia Debt Sustainability Analysis Report for 2014.
The 2014 Debt Sustainability Analysis was conducted against the backdrop of notable developments in Zambia’s debt financing.
Zambia successfully issued a second Eurobond in April 2014 amounting to $1 billion following its debut $750 million Eurobond in September 2012.
He said the country’s total debt stock stood at $4.8 billion.
According to the report, in 2013, Zambia’s national debt continued to increase in absolute terms as a part of Gross Domestic Product (GDP).
The report indicated that the national debt doubled to $8,831.1 million in 2013 from $4.237.4 million in 2008. Of this amount, public and publicly guaranteed debt amounted to $7,150.5 million while private external debt was $1,680.63 million.
“The increase in national debt over the period has mainly been attributed to the increase in Government borrowing to finance developmental programmes,” the report revealed.
Mr Yamba said the present value of public debt of $4.8 billion to the GDP was projected to be below the applicable threshold for Zambia.
“The stress test results show that Zambia would remain sustainable with the historical scenario and worst-case scenario remaining below the indicative threshold.
“To avoid or mitigate future liquidity challenges, Government has put in place a rolling Medium Term Debt Management Strategy,” he said.
The Medium Term Debt Management Strategy provides a framework under which Government plans to address the potential liquidity challenges that may arise in servicing the two bonds.
Mr Yamba said the Government would put in place a robust debt redemption and refinancing strategy underpinned by a prudent macroeconomic environment that fosters fiscal sustainability and support growth.
“We are planning to come up with a sinking fund which will allow us to redeem the bond when it matures. The other option will be buying back or refinancing the bonds in order to have a longer maturity period,” he said.
Mr Yamba said it should be noted that commitment to servicing the obligations of the two outstanding bonds was a key ingredient for enhancing the country’s credibility, creditworthiness and asset values.
The Government undertook a Debt Sustainability Analysis in collaboration with the Macroeconomic and Financial Management Institute of Eastern and Southern Africa from June 13-26, 2014.
Its objective was to assess the sustainability of Zambia’s current level of debt and the prospective new borrowing requirement in the medium to long-term.
So far, the Government has conducted three Debt Sustainability Analysis in 2007, 2012 and 2014.