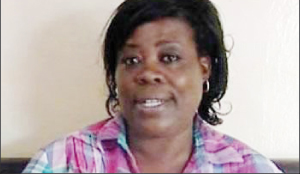 GOVERNMENT has said the lifting of the ban on big cats is aimed at protecting the endangered species from poachers, Parliament has heard.
Tourism and Arts Minister Jean Kapata said in a ministerial statement that the resumption of hunting of big cats in Game Management Areas (GMAs) will help address challenges of human-animal conflict in rural areas.
Ms Kapata said Zambia was ranked the third highest abode of wild animals in Africa but the statistic posed a threat to human beings whom the animals treated as prey.
“This will ensure that the local people benefit from the big cat resources as 50 per cent of the proceeds earned from the hunting of these species will be ploughed back into the community,” she said.
Ms Kapata said the resumption of hunting would not deplete the country’s animal stocks as the country had between 1,500 and 2,500 lions and 4,000 leopards in the three existing big cat clusters.
She clarified that the resumption of lion hunting in the GMAs would only resume next year despite the ban on big cat hunting being lifted this year.
Ms Kapata said hunting licenses for leopards would however be issued this year to permit hunting in the 2015/2016 hunting season.
“The hunting of lions for insurance is targeted at old creatures which are no longer part of the pride and are a threat to the human society,” she said.
Meanwhile, Education Minister Michael Kaingu has assured the nation Government will ensure that Copperbelt University (CBU) in Kitwe, which closed on Wednesday this week, reopens without further delay.
Dr Kaingu apologised to the students over the abrupt closure of CBU following a prolonged standoff between lecturers and management.
The lecturers downed tools more than three weeks ago, demanding the resignation of Vice Chancellor Naison Ngoma and the entire management.
Dr Kaingu said in a ministerial statement that he had directed the CBU Council to ensure that all pending matters were resolved and normal operations at the institution resumed.
“The closure of CBU is unpleasant and Government apologises to the students for the inconvenience caused. Measures are however being urgently administered to ensure that the university is back on its feet as soon as possible,” he said.
Similarly, Health Minister Joseph Kasonde also informed Parliament that Government had intensified measures to stop the spread of meningitis in Kabompo District of North-Western Province.
Dr Kasonde said the World Health Organisation (WHO) confirmed that it would provide additional assistance in combating the disease.
The outbreak of the disease has led to the closure of Kabompo Secondary School, where three pupils had died from meningitis.