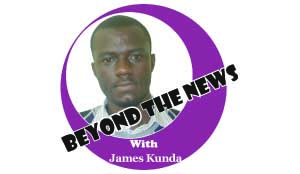 COMMERCE, Trade and Industry Deputy Minister Miles Sampa last week disclosed that plans to establish a computer assembly plant in Lusaka have reached an advanced stage.
The facility is expected be operational within the next two years and its construction would take off soon after a Presidential decree preceding the conclusion of preliminary procedure.
This project was first announced by the late President Michael Sata last year with the aim of bringing Information Communication Technology (ICT) closer to the people.
The world is now operating as a global village and more people are getting connected through computer interface.
Young people, in particular, should be empowered with knowledge on ICT as effective communication was dependent on the use of tools such as computers.
Internet may be deemed as an evil in society and people have gone to the extent of even not wanting to have an e-mail address because the internet is a very divisive tool.
But in my view, social media was designed as a tool to ease the work of people as daily work can be overwhelming if done manually all the time.
I have come to appreciate that the internet if used appropriately has many benefits particularly when it comes to current affairs.
According to Mr Sampa, the plan is in its advanced stages and is being coined by a cross section of line Ministries such as Commerce, Education and Youth and Sport.
It is evident that this is one of the ventures that Government has ranked as priority because it wants many people to access to ICT.
This is a very welcome move as once operational, the computer assembly plant would reduce the cost of ICT equipment and create employment for people specialised in providing ICT services.
It would also promote value addition to locally produced raw materials that will be required in the assembly process.
While the Government is creating an enabling environment for investment in sectors, interested private companies with a similar idea can come on board and help increase access to ICT.
This is because the ICT sector provides an opportunity to broaden access to this platform of people communicating electronically.
Information is vital in this day and age since an informed public is a productive one.
Recently we heard that more than 100 government schools and colleges countrywide have been connected with internet.
The initiative is aimed at promoting affordable and reliable high-speed internet connections for all universities and research.
This development will ultimately support information and knowledge production, education and training.
ICT clubs have also been established in more than 100 schools while young ICT innovator programmes were organised annually with mentorship packages to encourage girl participation in ICT’s.
It is saddening that unscrupulous individuals are reaping schools of this equipment by robbing ICT equipment from some institutions on the Copperbelt as recently reported in the media.
Once identified, whoever is involved should be brought to book as the vice is detrimental to increasing the number of people who should acces ICT.
It is just unfortunate that the abuse of the internet has become a counter-productive agent in most institutions in the private and civil service.
Though ICT is a vital tool, it is sad to note that some people have misused this technology using it as a medium to promote illicit vices.
The Government has done well to develop the draft National Strategy on Child online Protection (COP) in collaboration with the International Telecommunication Union (ITU).
Government also has a collaborative arrangement with United Nations International Children’s Education Fund (UNICEF) on issues of Child Online Protection.
This cause should be supported because it will contribute to upholding morality and curb abuse of social media in the country.
Comments; jameskunda91@gmail.com 0973182006