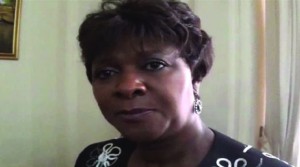 By MELBOURNE MUSHITU –
COMMERCE, Trade and Industry Minister Margaret Mwanakatwe has called on local business houses to contribute towards the implementation of Economic Partnership Agreements (EPAs).
Ms Mwanakatwe said business houses should play a critical role of engaging themselves in the negotiations of the EPAs to achieve the objectives.
She said this during the national Indaba on the EPAs in Lusaka at the weekend.
The Indaba was aimed at deliberating and providing guidance on Zambia’s current status as a Least Developed Country and its vision to be a prosperous middle income economy by 2030.
“The journey to negotiating EPAs has not been easy because the agreements are not premised  on non-reciprocal trade concessions with the European Union (EU) as this was the case during Lome Convention in 2000, which caused a drastic change as far as the EU trade relations are concerned,” she said.
The country was currently negotiating the EPAs with the European Union under the Eastern and Southern Africa (ESA) configuration and input from business houses would help experts in her ministry to advance a balanced and informed position for the overall benefit.
She said several presentations had been made to the EU throughout the negotiating process on the need to enshrine adequate flexibility to enable the country’s participation.
There are seven regions, namely, West, Central, Eastern, Southern Africa and the SADC that were all currently negotiating the EPAs with the EU.
Each regional group was expected to extend trade concessions to the EU on an asymmetrical basis where it would open 100 per cent market to EPA participating countries that would be implemented immediately the agreements were considered.
EPAs participating countries which included Zambia, would be required to open not less that 80 per cent of their markets over a certain period not exceeding 15 years, with a transition of five years and on limited products not exceeding 25 years.
The decision to negotiate EPAs stemmed from the need to bring the EU’s trading regimes under the Cotonou Agreement in conformity with the World Trade Organisations (WTO) principles of non-discrimination.
These negotiations were initiated in June, 2002 and should have had been concluded by December, 2007 with 2008, being the effective year of entry into force. However, the deadline was missed.